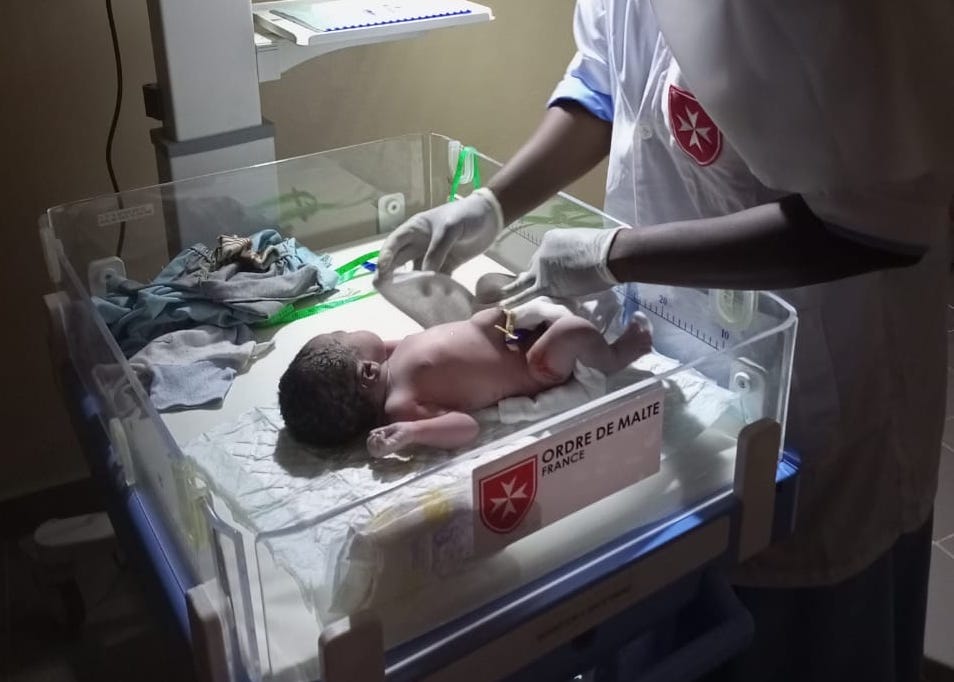 Eight hundred births a year in line with health standards. This is the ambitious goal of the new maternity ward inaugurated last week in the Mayo-Tsanaga department, in the extreme north of Cameroon.

The new facility, which is part of the “Centre Rohan-Chabot de Ziling” integrated healthcare structure, was donated by the Order of Malta (costing 130 million Cameroonian francs = some 200 thousand euros). It has a delivery room, a two-bed monitoring room, a three-bed hospital room, a nursing room, an ultrasound room, a service room, a listening room, a laundry and a block of four bathrooms. A medical ambulance is also available for emergency transfers to intensive-care facilities. After the official inauguration on July 11, two baby girls were the first to be born in the new maternity ward. One of the two was premature and was transferred to the district hospital thanks to the new ambulance expressly provided for cases like this.

This northern region of Cameroon boasts the highest birth rate in the country, as many as 15 per family. Hence the need for a proper obstetrics and gynaecology department, reducing the practice of home births.

The inauguration ceremony, held in the presence of the Order of Malta’s ambassador to Cameroon, Jean Christophe Heidsieck, local administrative and religious authorities, and the Minister of Public Health, Manaouda Malachie, was an opportunity to confirm the mutual gratitude and friendship between the Order of Malta and Cameroon. “The inauguration of this maternity ward was commissioned by the public authorities and accomplished with the decisive help of the Order of Malta in Cameroon. It certainly improves, in terms of quality and quantity, the technical support platform for pregnant women in particular, and the health of the population in the Mayo-Tsanaga department, and especially the Mokolo commune, in general.» There is a majority of nursing sisters in the new ward, now supported by four doctors supplied by the Cameroonian government through the Ministry of Public Health.

The facility opened its doors in 1972 as a leper colony on the initiative of the Order of Malta; it was later transformed into a clinic, then a rehabilitation centre, and finally into a nutritional centre for young children from disadvantaged families.

The Order of Malta is working alongside the Cameroonian public health system in the fight against cholera.