The 13th pilgrimage to Rome organised by the Order of Malta in Germany is underway. After a four-year blockade due to the pandemic, around 600 people, including two hundred disabled – with around one hundred people on wheelchairs -, travelled on 15 different buses from dioceses throughout Germany. They are accompanied by volunteers of Malteser Hilfsdienst of all ages: from young teenagers helping out to skilled helpers in charge of the logistics and organisation of the many visits that will take place during the three days stay.
After Holy Mass in the Basilica of Saint Paul Outside the Walls, the group departed for the Magistral Villa – one of the government seats of the Order of Malta – where it was greeted by the Lieutenant of the Grand Master, Fra’ John Dunlap and the Grand Chancellor Riccardo Paternò di Montecupo.

“We are very happy indeed that you are here. As you know, accompanying pilgrims is the core activity of the Order and it has been so from its foundation more than 900 years ago! I am very pleased to see so many of you, all members of our big family” said Fra’ John Dunlap in welcoming the pilgrims who were able to visit the gardens of the Magistral Villa while admiring the view over Rome.

The buses – escorted by Rome’s municipal police – travel daily to the sights of central Rome. Along the route – with sophisticated logistics – many hands help over kerbs, stairs and cobblestones, enabling pilgrims, many of whom are wheelchair-dependent, to do what would otherwise not be possible.

The group will visit some of the most beautiful churches in Rome and the Vatican Museum tomorrow, before participating in the General Audience of Pope Francis on Wednesday morning in St. Peter’ square. 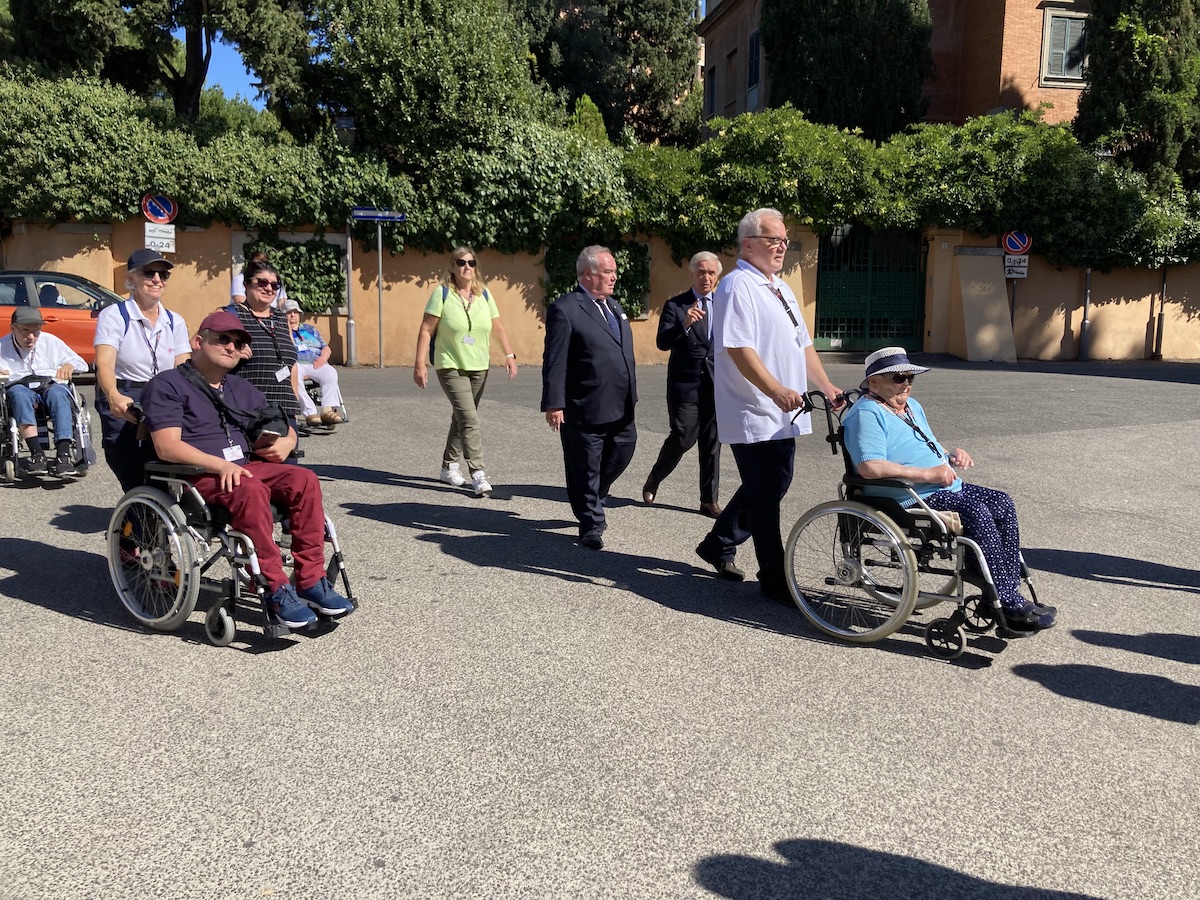 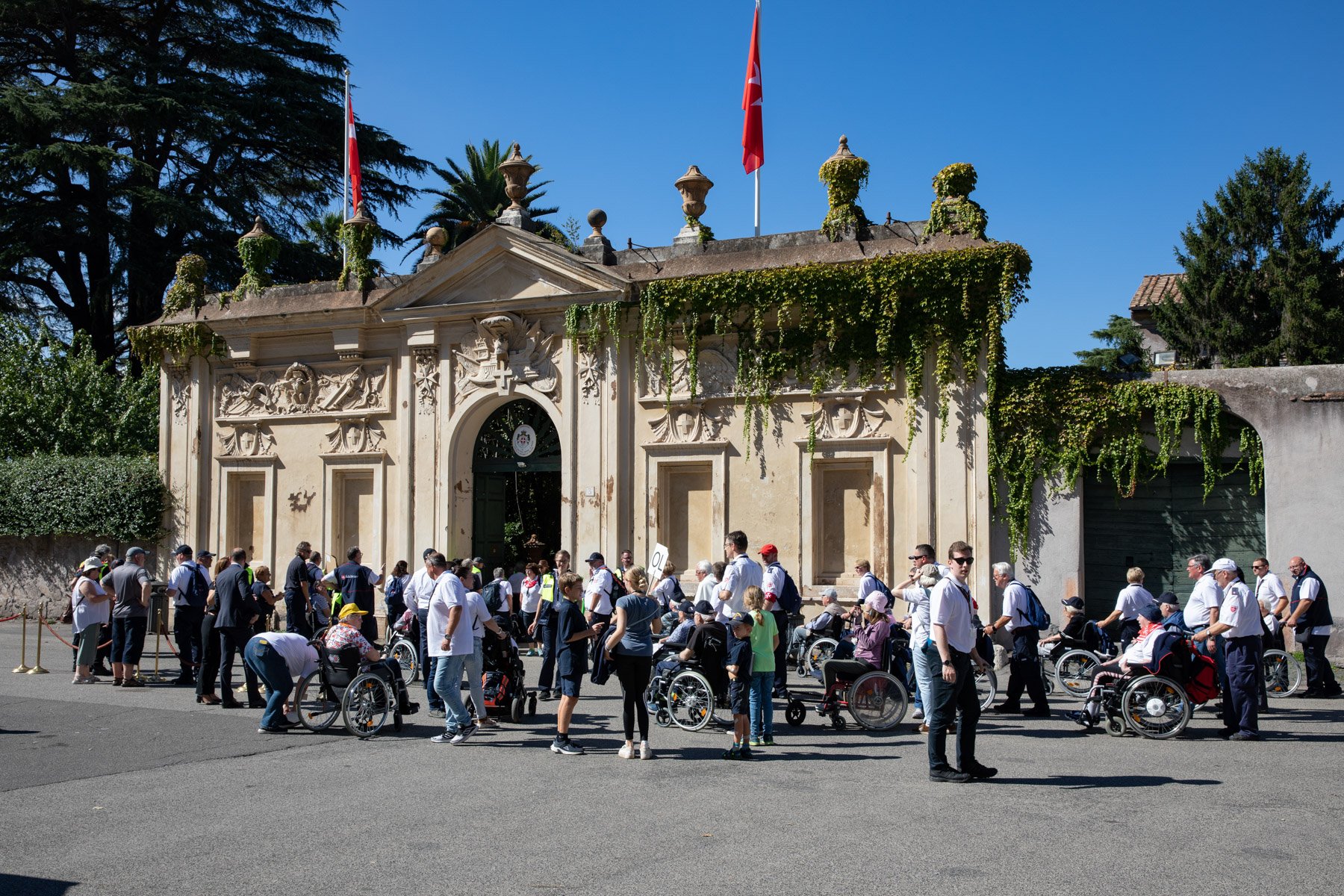 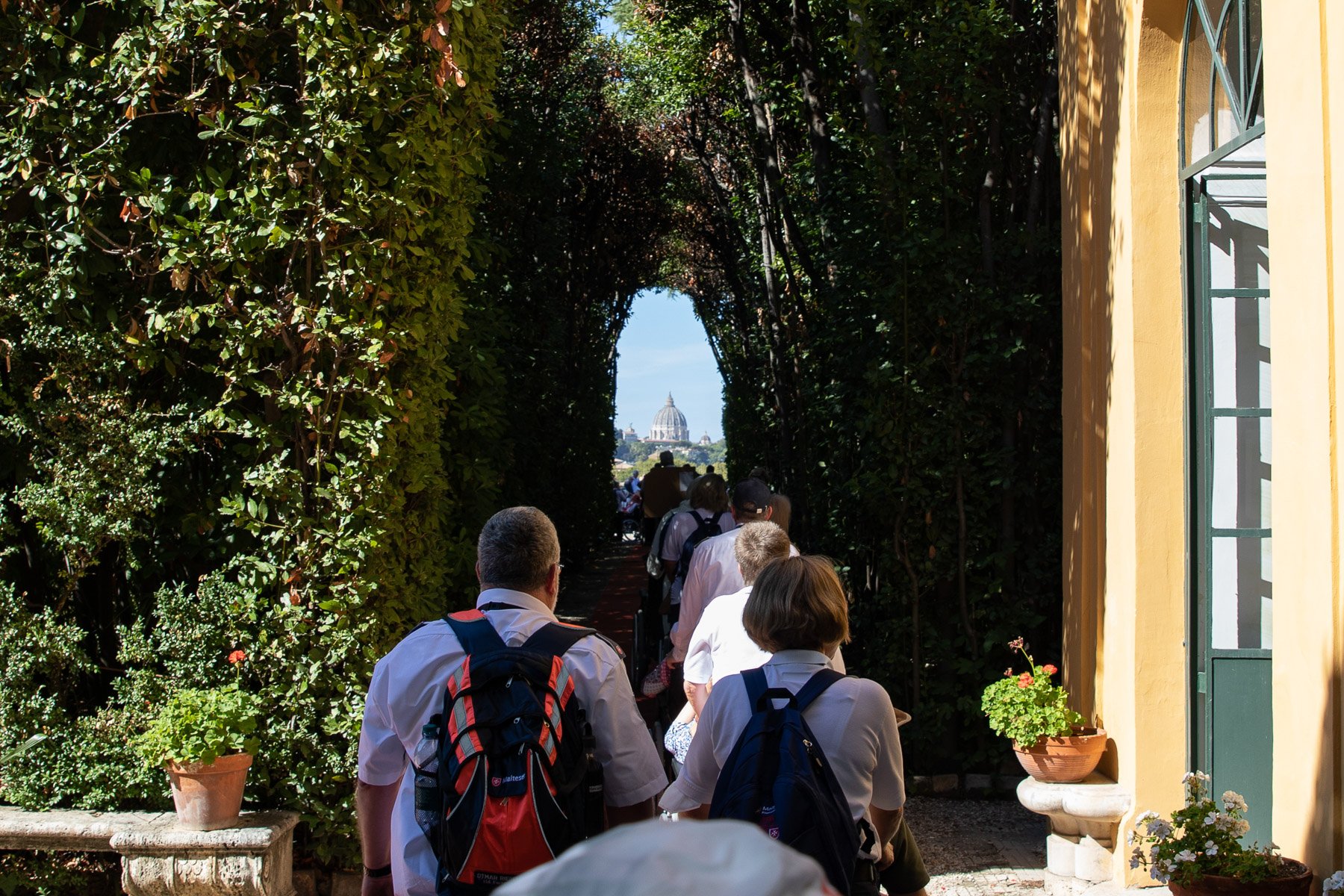 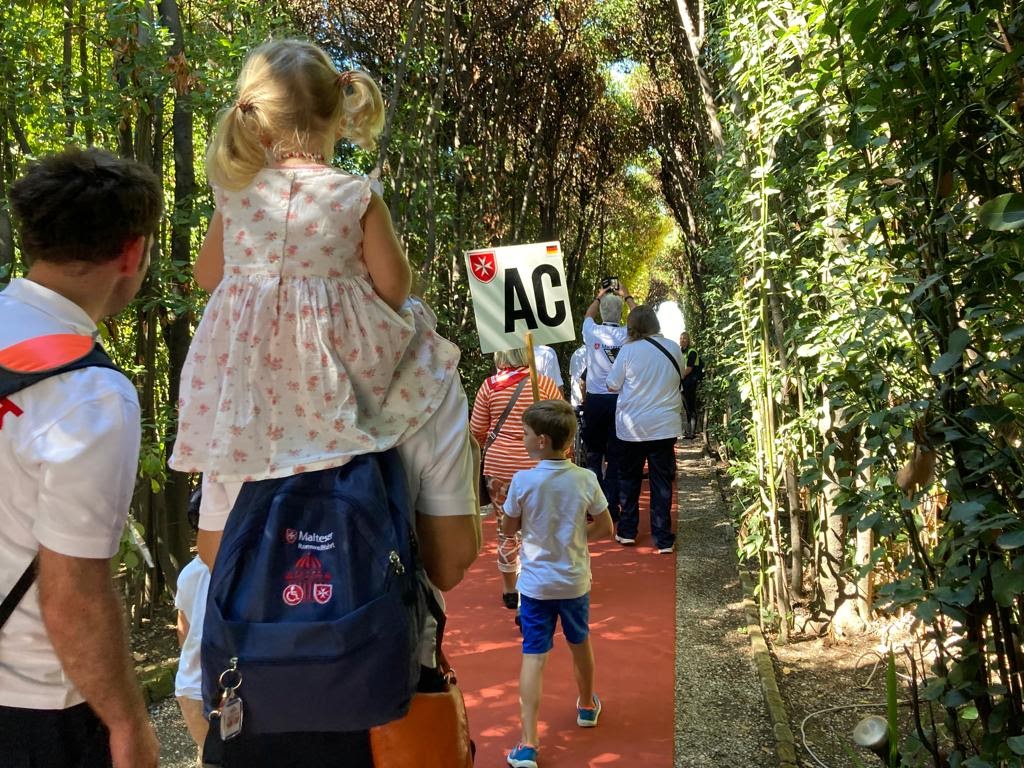 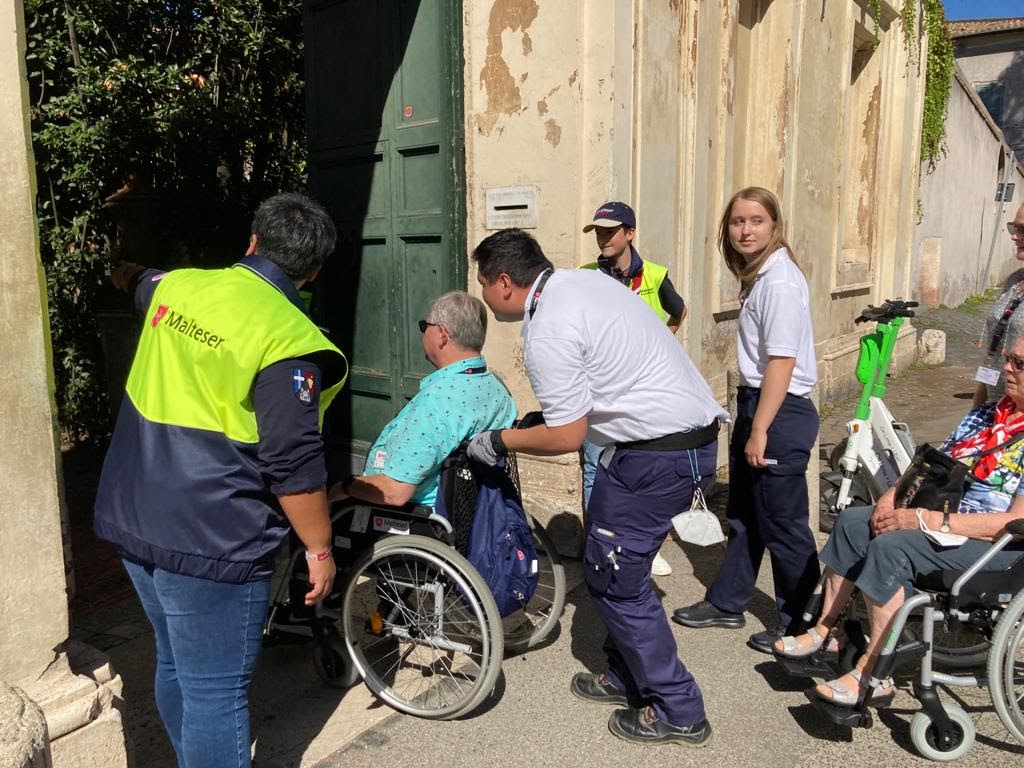