Rising prices on the world market, severe impacts of climate change and economic consequences of the pandemic have led to almost two-thirds of the population in South Sudan depending on aid. According to the UN, 7.7 million people are currently unable to feed themselves adequately.

“This is an alarming situation. At the same time, it is becoming more difficult for us to provide enough food for the people in need. As a result of rising prices for wheat, cooking oil and gasoline, our aid deliveries are becoming more expensive and we reach fewer people” explained Roland Hansen, Head of the Africa Department at Malteser International, the Order of Malta’s worldwide relief agency. “In addition, the UN has been forced to cut food assistance in South Sudan due to lack of funds. We urgently need more funding to fight this hunger crisis. Otherwise, people in South Sudan, especially women and children, will starve,” he added.

In recent years, the civil war in South Sudan has forced people in rural areas to flee the ongoing violence. Many fled to urban areas and suburbs. The enormous increase in population in these areas exacerbated food shortages and lack of clean water. People are suffering from hunger, malnutrition and undernourishment.

Since 1996, Malteser International has been working in South Sudan and is committed to improving the living conditions of the South Sudanese. The projects focus on safe access to water, sanitation and adequate nutrition.

Malteser International is also involved in supporting IDPs by ensuring improved food and nutrition security, in particular for primary school children, and increased enrolment and retention rates in schools, especially for girls. 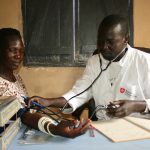 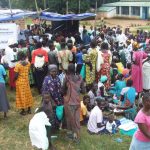 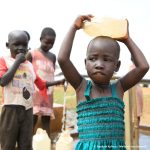