The funeral of the Lieutenant Grand Master 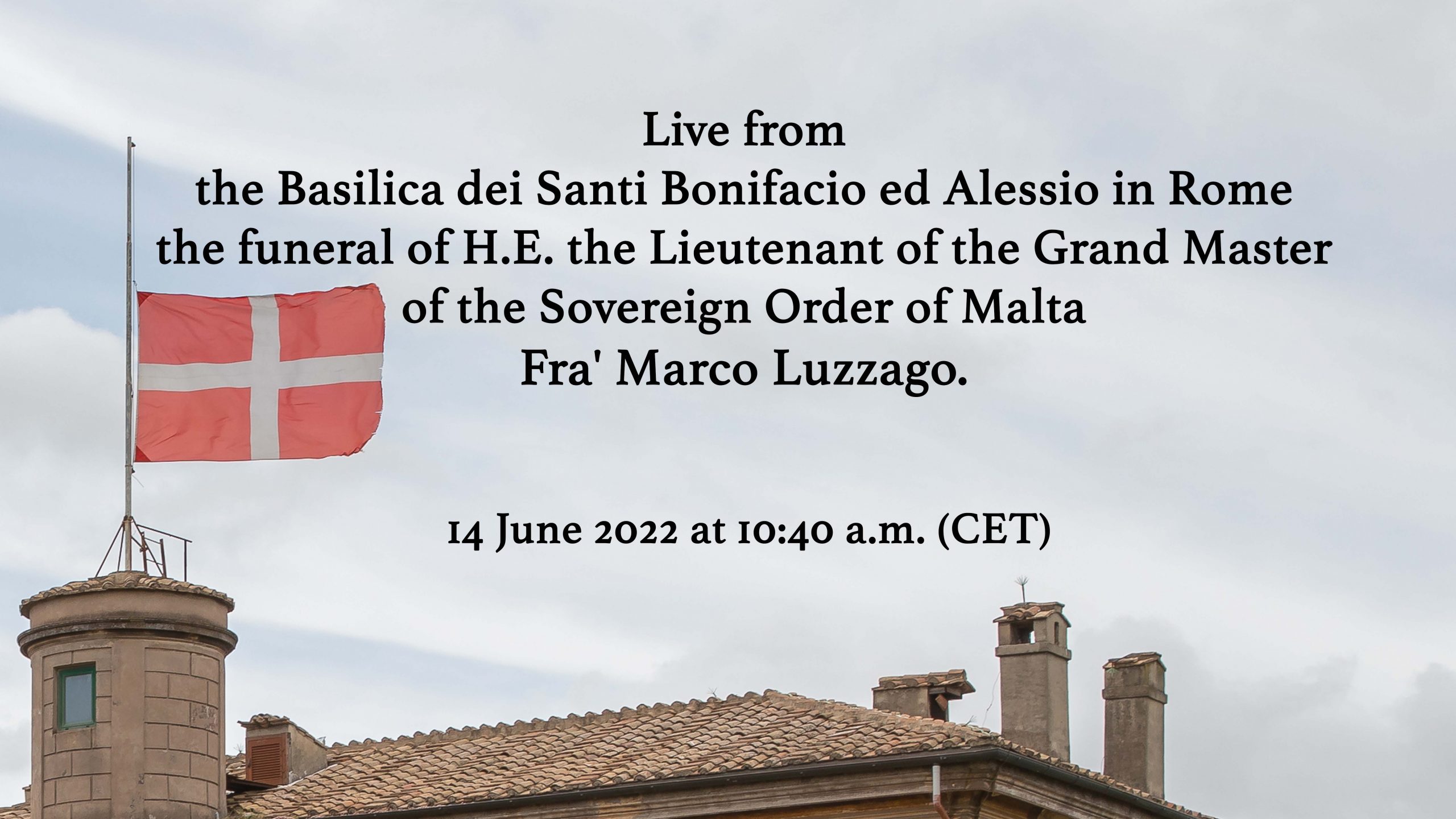 The Solemn Funeral of H.E. the Lieutenant Grand Master Fra’ Marco Luzzago will begin on 14 June at 11.00 a.m. (CET), in the Basilica dei Santi Bonifacio e Alessio in Rome. At 10.40 a.m. the coffin will leave the Church of Santa Maria in Aventino, where the funeral chamber has been set up. Members and volunteers of the Order of Malta will accompany the coffin in solemn procession.

The funeral will be attended by the Interim Lieutenant of the Sovereign Order of Malta Fra’ Ruy Gonçalo do Valle Peixoto de Villas-Boas, members of the Sovereign Council, Fra’ Marco Luzzago’s family, representatives of the Grand Priories, Sub-Priories, National Associations, diplomatic missions and volunteer corps of the Order of Malta around the world. Together with them, the Ambassadors of the countries with which the Order has diplomatic relations, civil and religious authorities.

The funeral will be broadcast from 10.40 a.m. (CET) in live streaming through the Sovereign Order of Malta’s YouTube channel, at the following link: