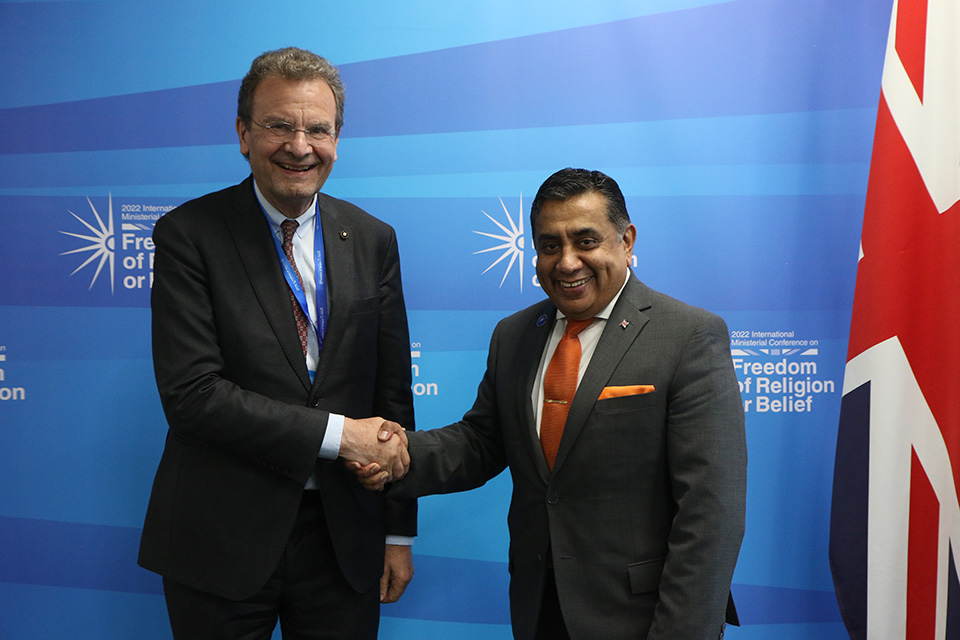 Organised by the British government, the conference also brought together members of the International Religious Freedom or Belief Alliance (IRFBA), of which the Sovereign Order of Malta became an observer in 2021.

The Grand Chancellor Albrecht Boeselager participated in the first day’s proceedings, first of all recalling the Order of Malta’s constant commitment to promoting interreligious dialogue and the importance of the role of faith-based institutions in crisis areas. Boeselager illustrated several examples of the Order’s work on the ground in cooperation with other religious denominations, such as in Lebanon and Iraq.

“In the wake of the rise of intolerance and xenophobic sentiments in the world, we strongly reaffirm our age-old principles and values with which we intend to contribute to the reflections and actions of this conference,” Boeselager remarked. “We intend to continue to engage with all people of goodwill to promote the culture of human rights so that every person can freely profess his or her faith or belief, particularly those belonging to religious minorities,” the Grand Chancellor added.

Among the objectives of the London conference were to raise public awareness of the current challenges to freedom of religion in the world; to have freedom of religion and belief declared on a par with other human rights; and to highlight ‘best practices’ in preventing violations and abuses.

The conference was attended by several foreign ministers and delegates from governments around the world. 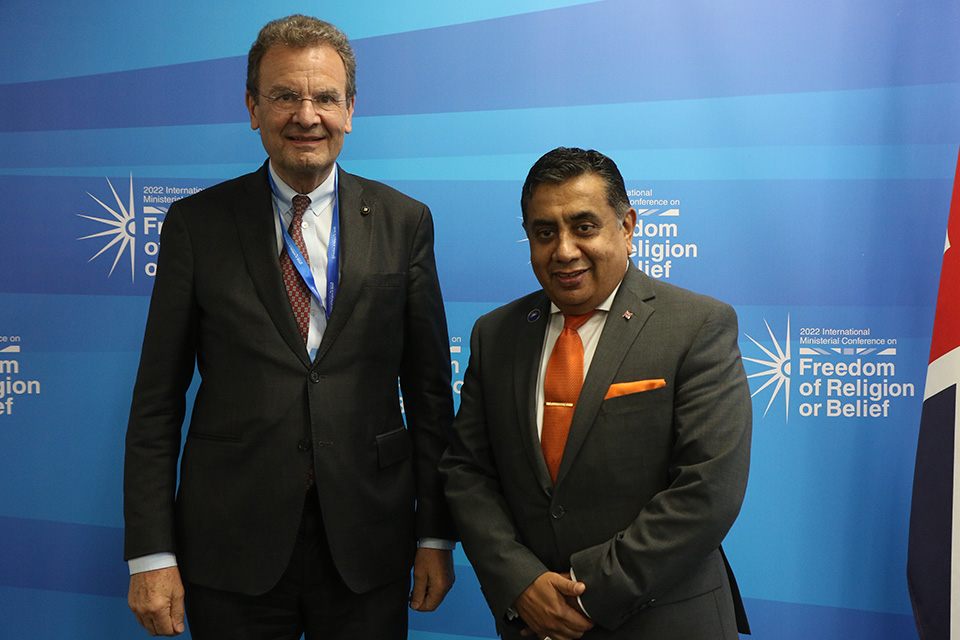 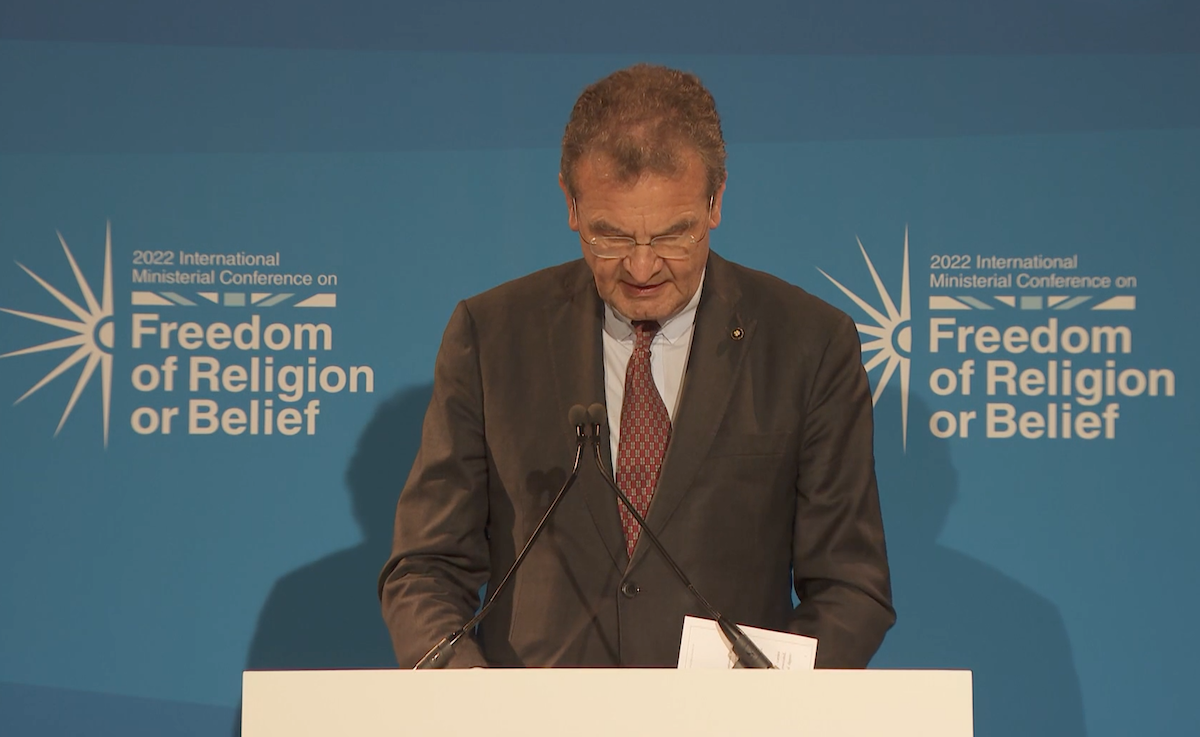