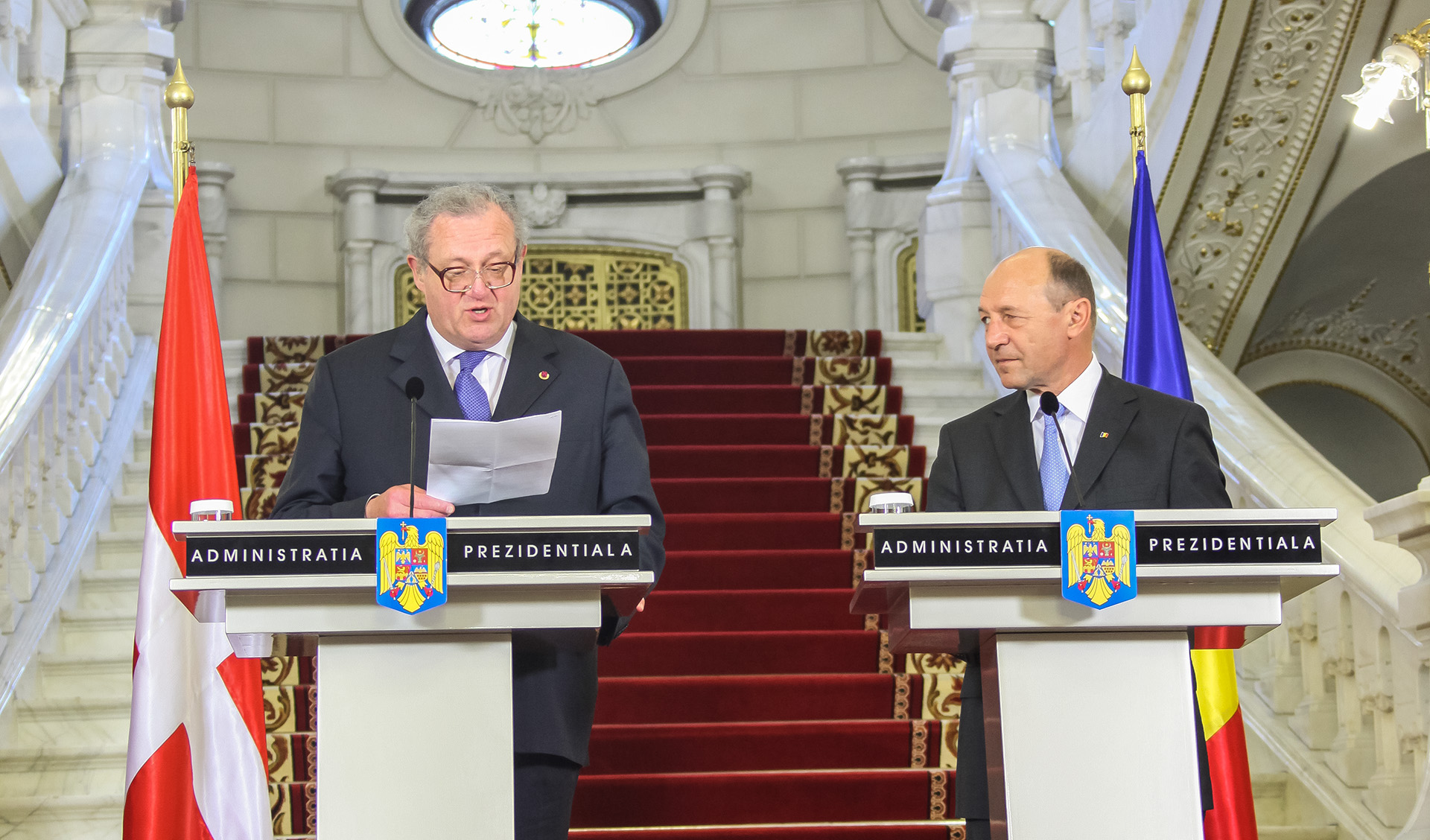 Received by the President Traian Basescu, Fra’ Matthew Festing had talks with leaders of the Romanian institutions.  A postal service agreement was signed. The National Order of Merit was awarded to the Order of Malta’s volunteers in Romania.

Meetings with the President of Romania
On his state visit to Romania from 7 to 11 June, Fra’ Matthew Festing was received by the President Traian Basescu. The focus of the bilateral talks with the Romanian head of state was the option of further extending cooperation between Romania and the Order of Malta for healthcare and assistance to the elderly, as well as new policies for integrating the Roma communities. Also discussed were the recent events in Europe, the Middle East and Africa.

The 80th anniversary of diplomatic relations between Romania and the Sovereign Military Order of Malta, which will fall next year, was also mentioned and president Traian Basescu declared that “we’re going to see how we can best celebrate this happy occasion”.

In the evening the Romanian president offered an official dinner in honour of the Grand Master and his delegation in Cotroceni Palace.

Meetings with the Prime Minister and Speaker
In the first three days of his visit to Romania the Grand Master was received by Emil Boc, Prime Minister of the Romanian government, and by Roberta Anastase Alma, Speaker of the house of representatives.

Signature of the Postal Service Agreement
After the talks with the Romanian Foreign Minister,  Teodor Baconschi, the Order’s Grand Chancellor Jean-Pierre Mazery signed the convention establishing a regular postal service between Romania and the government of the Sovereign Order of Malta.

Order of Malta volunteers Awarded the Order of Merit
On the occasion of the Grand Master’s state visit to Romania and of the celebrations for the 20th anniversary of the Order of Malta’s Romanian relief corps, President Traian Basescu awarded the National Order of Merit “as a sign of profound appreciation and gratitude for the welfare projects and humanitarian actions carried out in Romania. 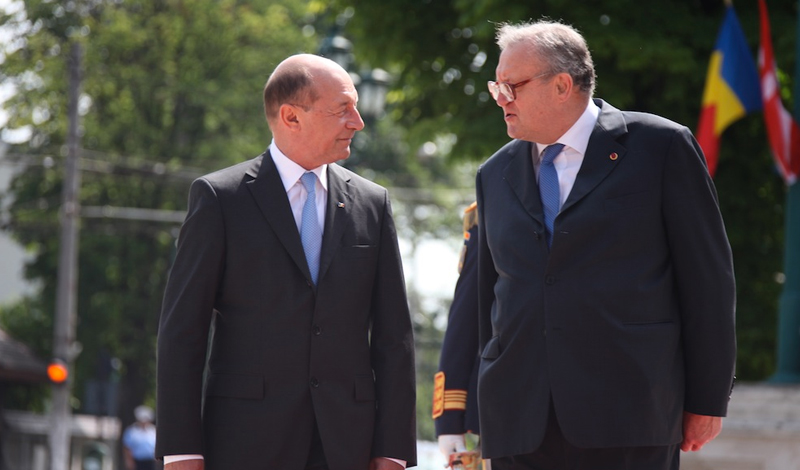 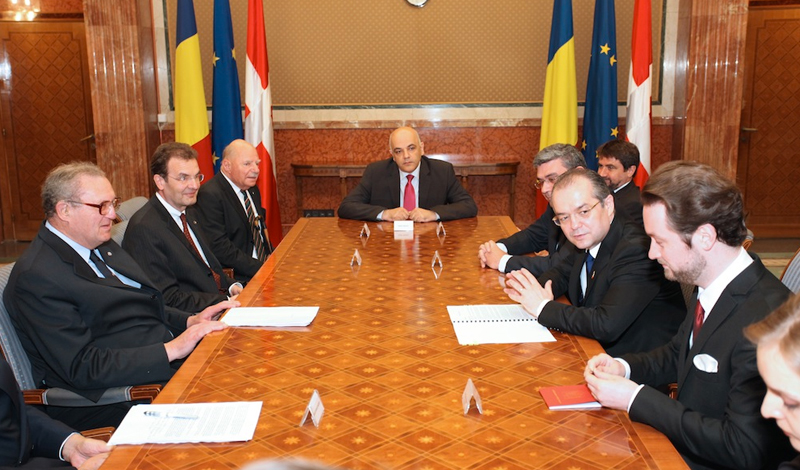 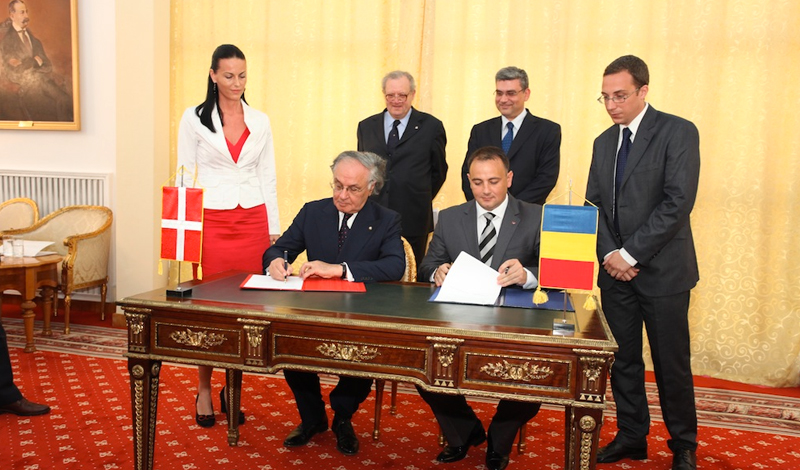 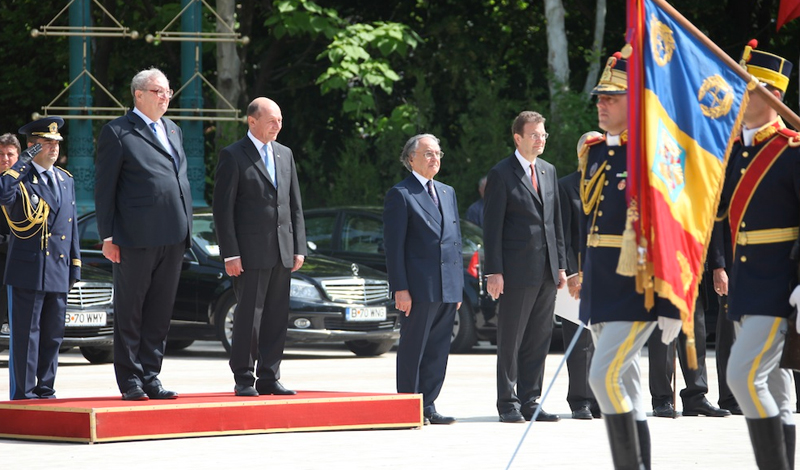