Two years after the start of the Syrian conflict, the Order of Malta puts displaced mothers and babies in the spotlight 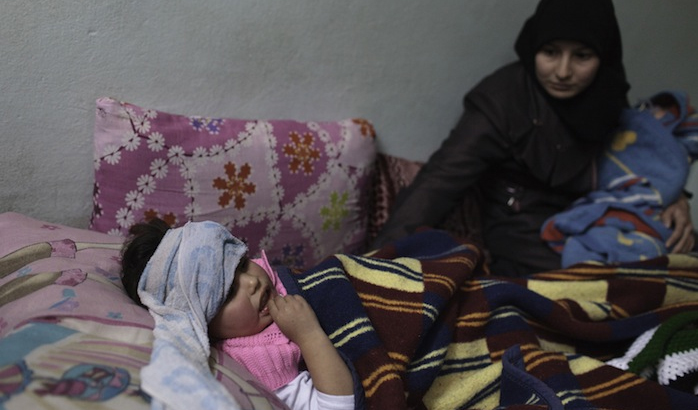 On the second anniversary of the Syrian conflict that has so far caused more than 70,000 deaths and led more than one million to flee the country, Malteser International is calling attention to the daily struggle for survival of displaced Syrian mothers and children.

“Their needs, especially the children’s needs, increase every single day”, says Thomas Molitor, emergency coordinator at Malteser International. “An adult can sometimes make do with less food. But infants need baby food in order to develop – and they need it every day”.

Recently, Malteser International scaled up its aid in the region to cover an additional 13,000 people, including new cross-border relief operations in Turkey and northern Syria. Distribution teams are bringing food aid from Turkey into the Syrian districts of A’Zaz, Afrin and Al Bab, a rural, opposition-controlled region to the north of Aleppo. 750 families and 500 infants will benefit from the food aid for a total of 5 months.

Malteser International has been helping the displaced population within Syria and in Turkey and Lebanon since July 2012. The organization has distributed emergency kits, heating ovens, blankets and winter clothing to more than 20,000 people in the region. It also supports a health clinic of the Order of Malta in Lebanon, which offers free health care to Syrian refugees.