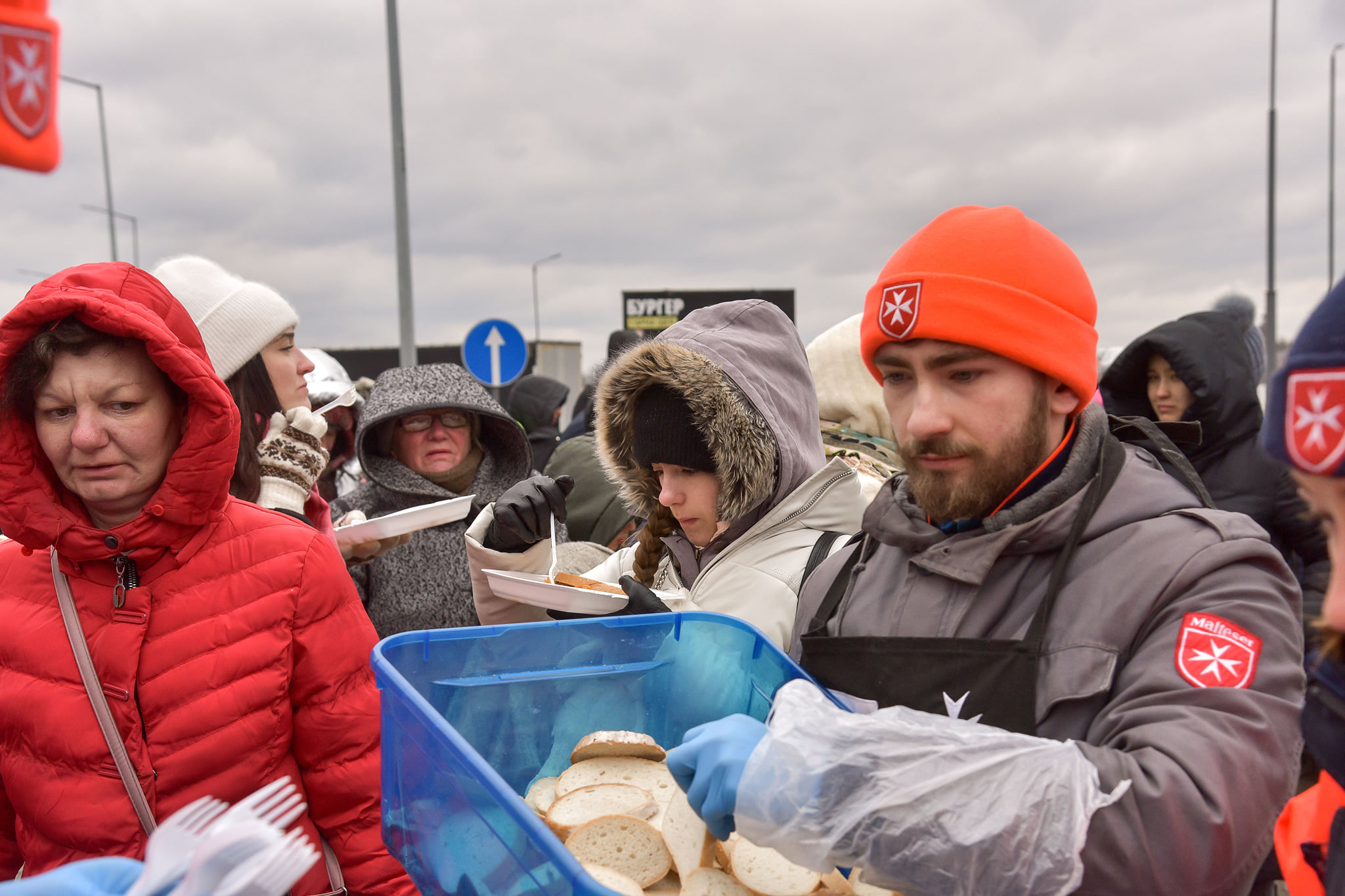 Ambassador Musneci has just returned from a mission in Ukraine

Some 1,500-1,600 Ukrainian refugees cross the border with Romania daily, and just a few weeks ago they numbered 30 thousand. Many continue their journey to Poland, Hungary, Germany and other European countries. Since the outbreak of the conflict on 24 February, the Order of Malta’s relief service in Romania has been operating in close cooperation with the Order of Malta’s embassy in Bucharest.

“The embassy has an open channel with the Romanian authorities, in particular with the Ministry of the Interior’s unit that deals with first aid,” explains Ambassador Roberto Musneci, just returned from a mission in Ukraine and Moldova delivering essential items for refugees. “This enables our relief corps to operate promptly and specifically and to distinguish itself from non-governmental organizations.” The ambassador explains that the recent note verbale the Order of Malta’s embassies sent to the Ukrainian embassies in their respective countries has allowed humanitarian aid from Europe to cross the border without bureaucratic delays, to be delivered to the major cities – from Lviv to Ivano Frankivsk – and to be distributed speedily to refugees.

The Order of Malta’s Romanian relief service – with its thousand volunteers and 100 employees – operates three centres along the Ukrainian border: in Siret, where the Order of Malta’s Italian Relief Corps is also present; in Sighetu Marmației, where it helps local authorities to receive incoming refugees, and in Satu Mare, with a logistics centre where humanitarian aid is collected to take to Ukraine.

Ambassador Musneci personally visited these operational centres with the president and director-general of the Romanian Relief Corps, Mihály Denes and Ferenc Tischler, the programme director Anca Simu and Malteser International’s country contact Teresa Boeselager. From there, the delegation went to Solotvyno, Ukraine, where it met with local authorities to discuss possible collaboration in the refugee support network. The meeting with the mayor of this town on the banks of the river Tisza – which hosts thousands of refugees – was particularly emotional, says Ambassador Musneci, reporting on families’ desperate journeys and men drowned while attempting to cross the river.

The mission then continued with a stop in Beregovo, where the Order of Malta in Ukraine manages an enormous warehouse that distributes basic necessities and where humanitarian-aid trucks arrive with generators and mobile kitchens as well as food and drinks.

The delegation then moved to Moldova, where it was welcomed by the Order’s Ambassador to the country, Peter Canisius von Canisius, and delivered the humanitarian aid collected by Malteser International.

“The task of the embassy is to refuel our rescue corps, which are naturally involved in solving concrete problems. We try to facilitate this task through institutional communication and relations with the authorities with whom we work hand in hand. This happened before the war and all the more so now that we are facing the tragedy of war.”
A collaboration that includes collecting donations for humanitarian activities. There are several Italian companies present in Romania who are also contributing to the aid network.