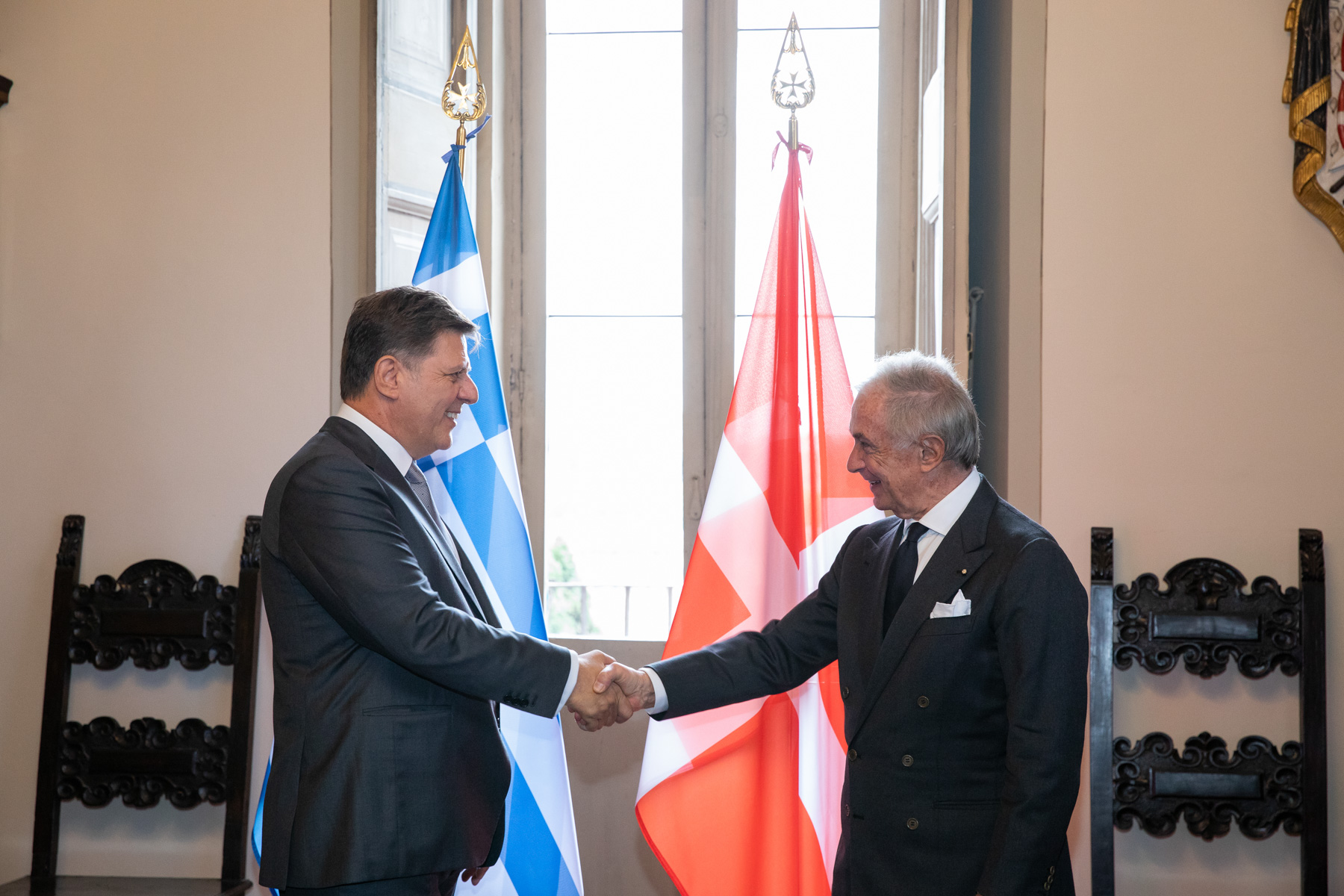 The Grand Chancellor of the Order of Malta, Riccardo Paternò di Montecupo, today received Miltiadis Varvitiotis, Alternate Minister of Foreign Affairs of the Hellenic Republic, delegate for European Affairs, in the Magistral Villa in Rome.

Relations between Greece and the Order of Malta “date back to the Middle Ages and their history and presence in the Mediterranean are closely intertwined. The process we concluded a year ago marks another milestone,” said the Grand Chancellor during the meeting, “and the beginning of a new, stronger relationship and a friendly and fruitful collaboration”.

The Grand Chancellor then recalled their “common Christian roots” as well as the “shared concern and resolve to protect human rights and care for the poor and sick, especially considering Greece’s position between east and west and its proximity to the regions and countries where migration flows originate”. This is why the Order of Malta intends to “launch joint projects in the healthcare, social and humanitarian fields”.

The Alternate Minister of Foreign Affairs of the Hellenic Republic was awarded the Grand Cross of the Order pro Merito Melitensi.

The meeting was attended by the respective ambassadors: Aikaterini-Katia Georgiou for the Hellenic Republic and Luca Rovati for the Sovereign Order of Malta, as well as Greek entrepreneurs.

The Sovereign Order of Malta and the Hellenic Republic established diplomatic relations in December 2021. 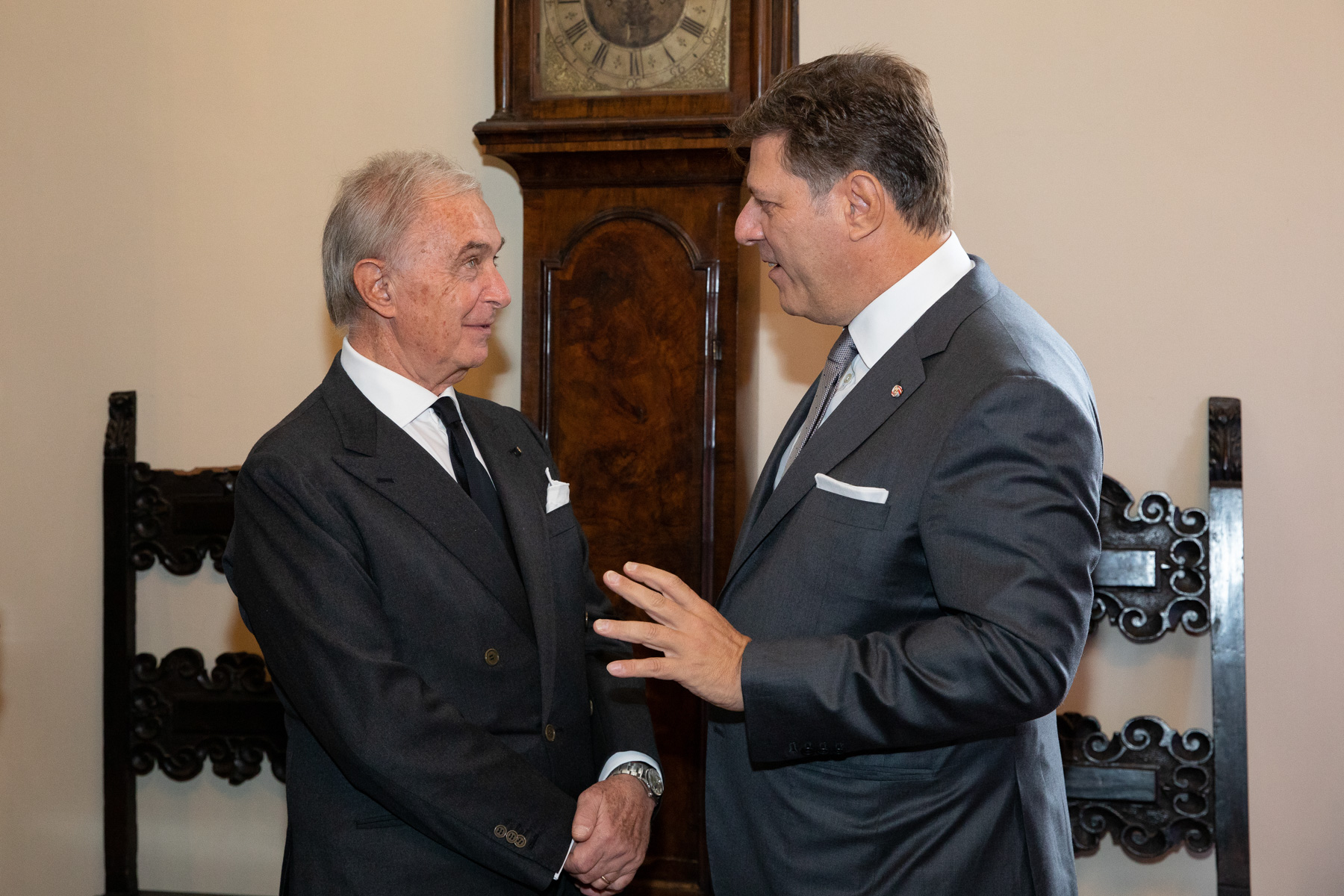 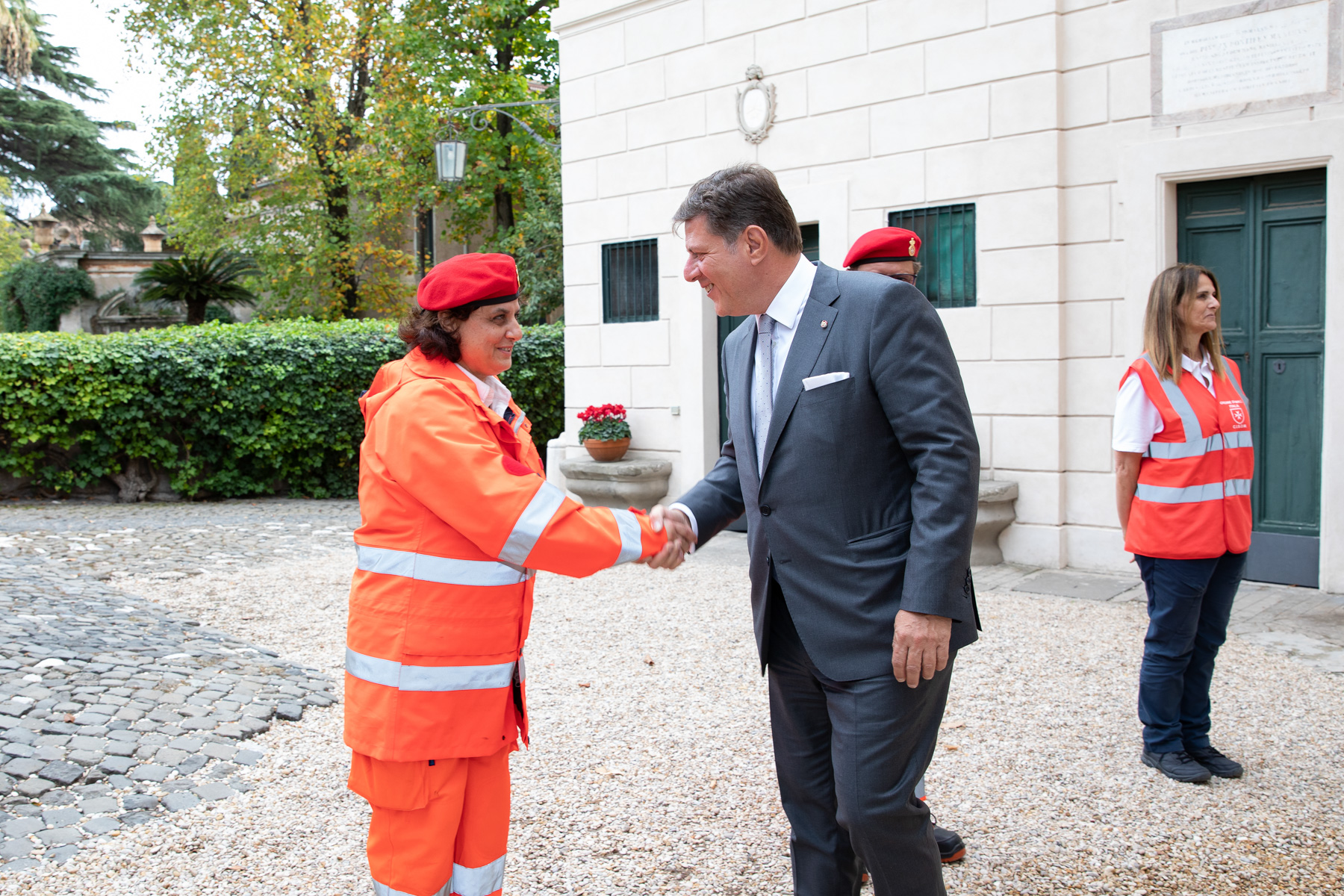 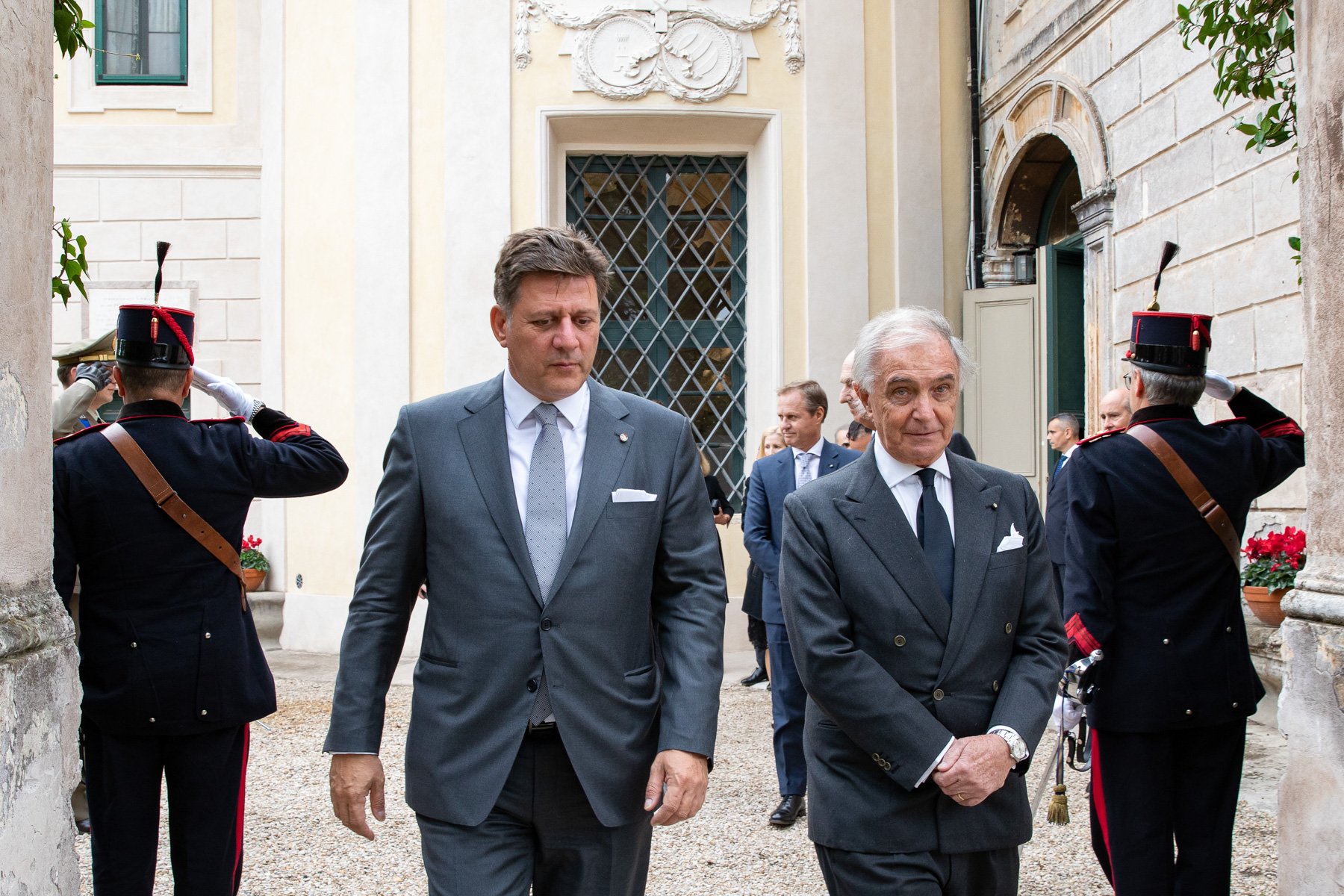 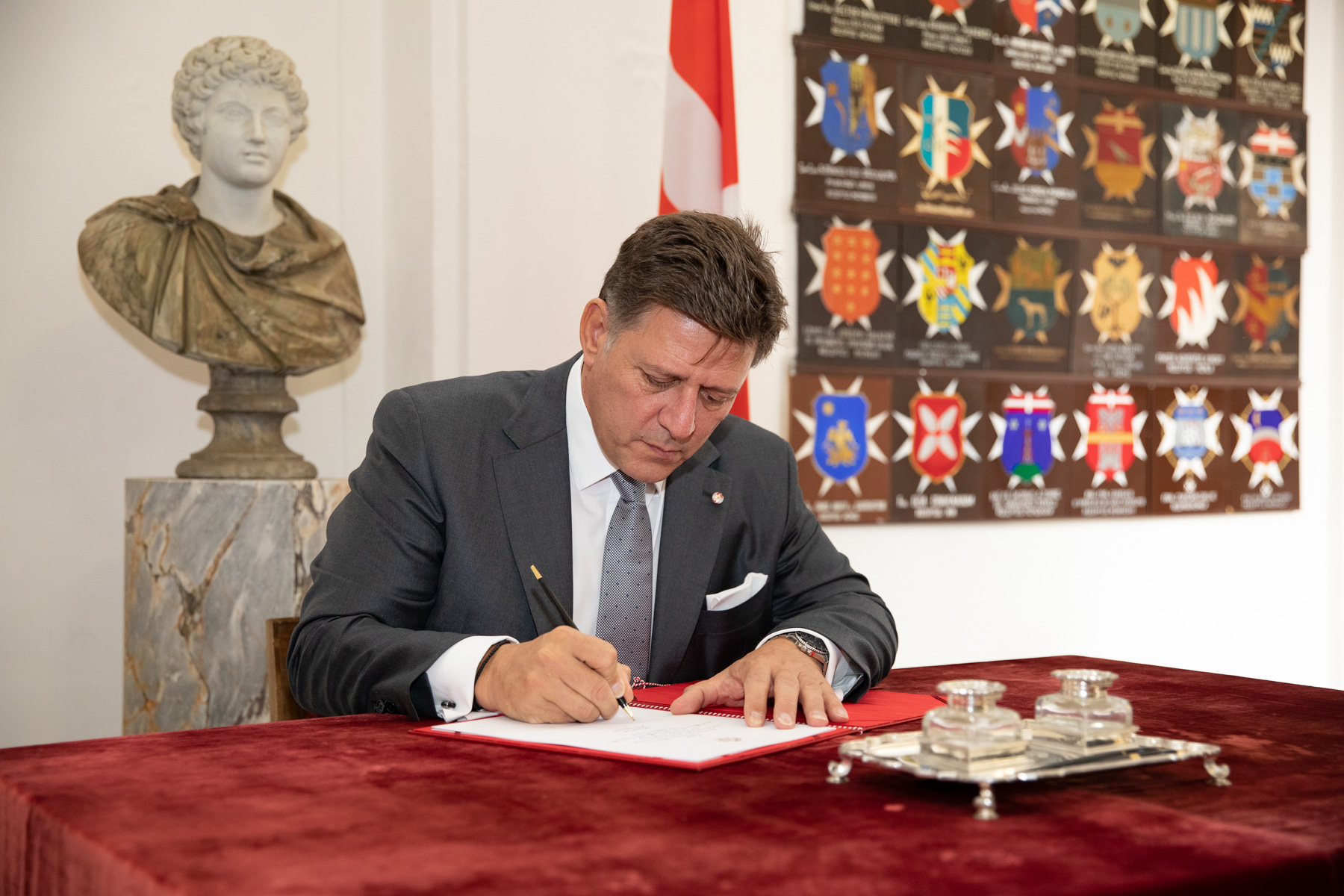 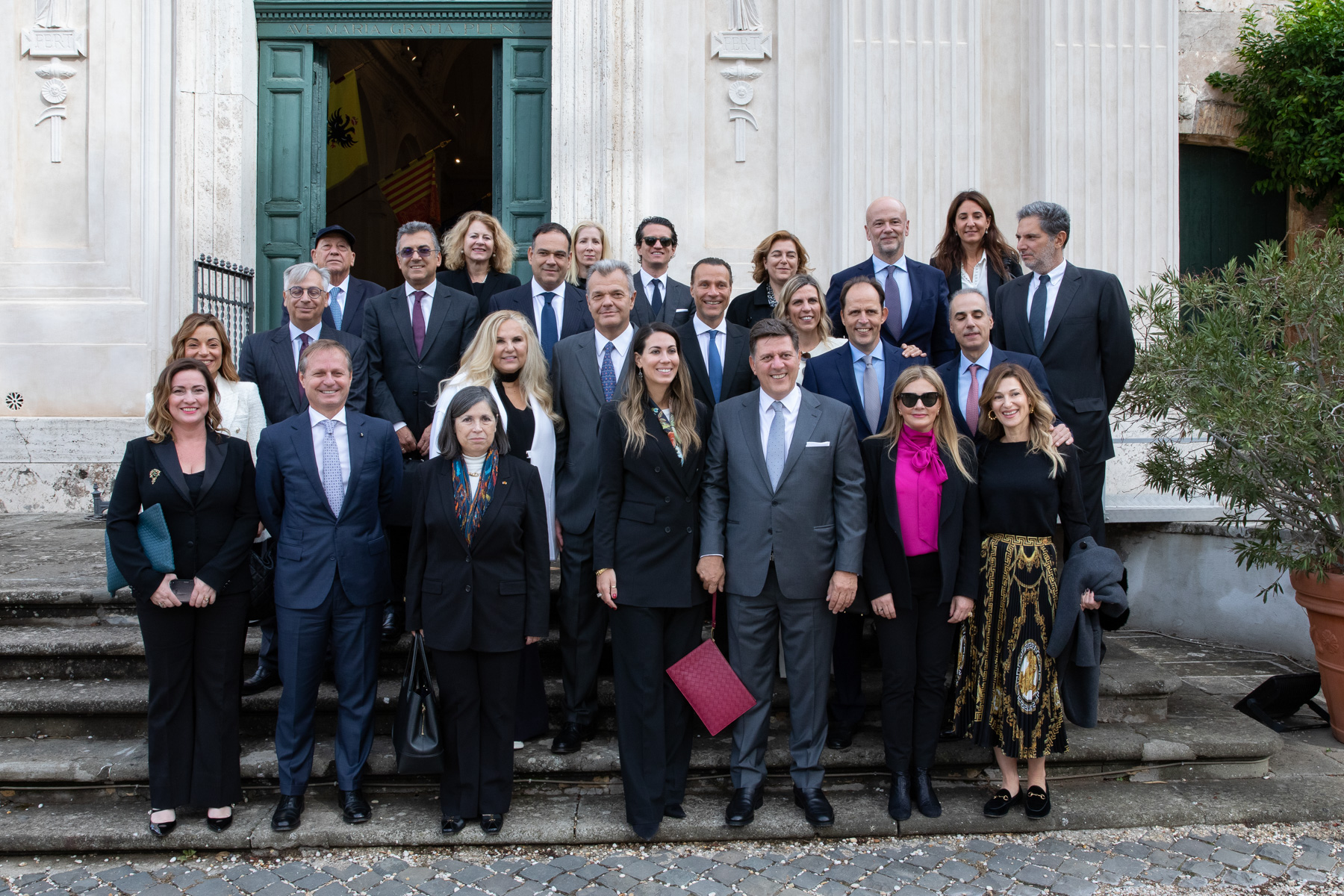