XVI conference of the european hospitallers 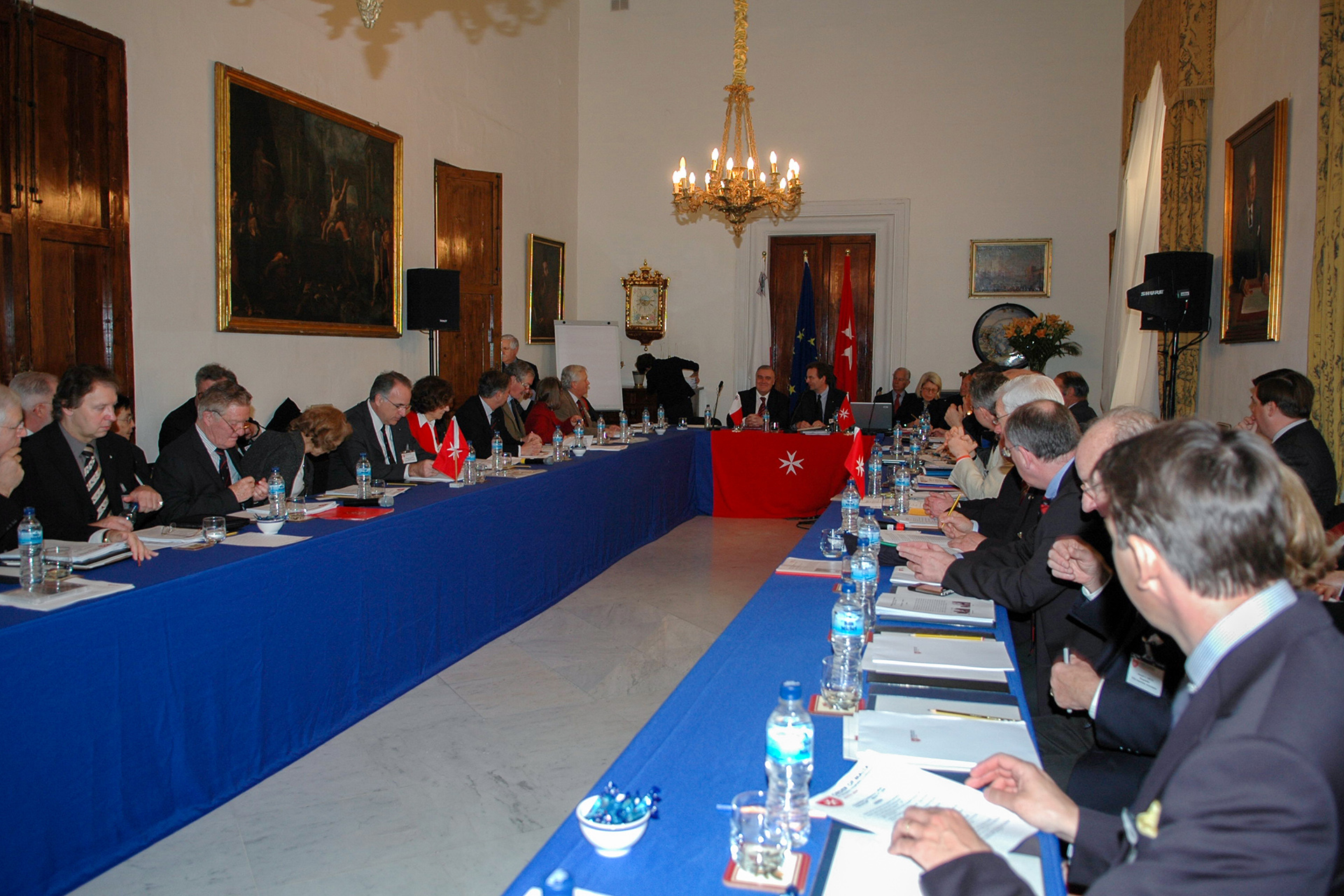 The Minister of Foreign Affairs of Malta, Dr.Michael Frendo, in opening the Conference at

the Ministry for Foreign Affairs in Valletta, thanked the Order for its activities in Malta, especially in its help for the elderly and refugees.

In a series of lively discussions, Hospitallers shared information on the works they undertake both in European countries and the developing world, describing new projects set up during the last 12 months, reviewing the long-term programmes and considering strategies for the future. Dr.Alfred Caruana Galizia, President of the Maltese Association of the Order, hosted the three day meeting which was led by the Grand Hospitaller of the Order, Albrecht von Boeselager.

Among the many project highlights during 2007:

a review of the Order’s relief services in Central and Eastern Europe, which now number 13 and focus on help for disabled children and the elderly housebound; special weekends for handicapped children and their families in Belgium, and five summer camps attended last year by 200 children with special needs; in Germany, a restaurant in Hamm where disturbed young people help in the kitchen and the restaurant itself as part of a rehabilitation programme; the astonishing growth in the number of homes for the elderly in England (currently at 75); building cottages in Transylvania, Romania, for a summer camp for young people, with seven already finished; in Spain, a hostel in Navarra for pilgrims to Santiago de Compostela and three soup kitchens in Madrid; in Krakow, Poland, a centre for disabled children, established in 2006, now cares for 200 children; in Budapest a free medical clinic run by the Order offers care to the homeless; in Ireland the Order’s ambulance corps continues to provide first aid and community services around the country, and the Association supports a new 4-year midwifery course at Bethlehem University; in Portugal where volunteers provided meals for pilgrims on the road to Fatima, and in Porto where psychological and social support is given to cancer patients; in the Czech Republic where the Order has set up first aid centres in 12 cities.

Around Europe, as well as abroad, the Hospitallers lead teams made up of medical personnel, assistants and volunteers, in line with the Order’s great traditions.