Floods in Serbia and Bosnia-Herzegovina: the Grand Master’s message 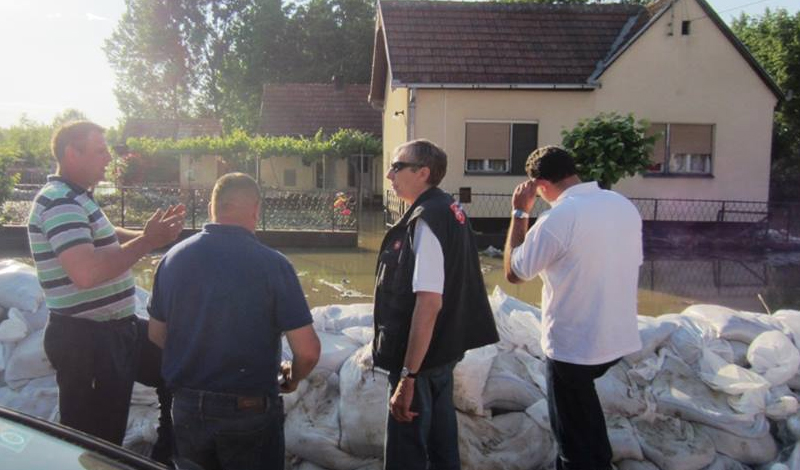 “On behalf of the Sovereign Order of Malta’s government, and me personally, I want to express to your people and to the victims’ families my most sincere condolences and my profound sorrow for the catastrophic floods that have struck the Balkans, causing death and destruction”.  With these words the Grand Master of the Sovereign Order of Malta, Fra’ Matthew Festing,  addressed in a note the president of Bosnia-Herzegovina, Bakir Izetbegović, and the president of Serbia, Tomislav Nikolić.

After days of torrential rain, rescue and evacuation operations continue in the Balkans.  Thousands have been forced to leave their homes, damaged or threatened by the flooded rivers.  Over fifty people have died and many are still missing.  The state of emergency remains high for the coming days.

Malteser International, the Order of Malta’s worldwide relief agency, has allocated funds for emergency interventions, while the Order’s Hungarian Association Relief Corps has sent a team to coordinate aid and launched a fund-raising campaign to help displaced families.

As soon as possible the Hungarian Relief Corps will start to rehabilitate the damaged homes with its special machinery. The rescue operations are coordinated by the Sovereign Order of Malta’s embassies in Serbia and Bosnia-Herzegovina.