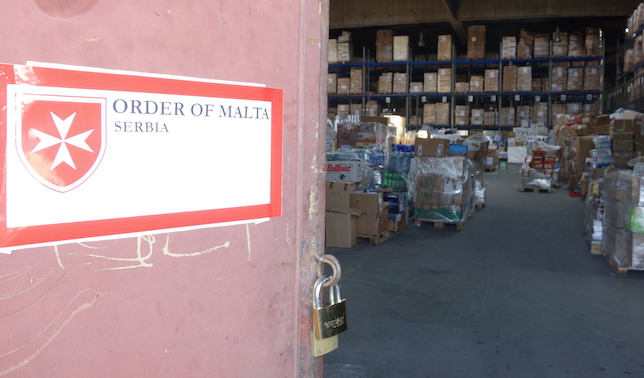 The Order of Malta’s Embassy in Belgrade has just delivered an initial shipment of food aid to victims of the recent floods in Serbia, where over 50 deaths have been recorded and damages are estimated at one billion euro.

A second consignment of 17 tons of foodstuffs, clothing and personal hygiene products will be distributed to the stricken population thanks to a generous contribution from a well-known Italian supermarket chain.

The Order of Malta went into action immediately after the devastating floods in Serbia, Bosnia and Herzegovina last May, providing assistance and basic necessities both through its embassies in Belgrade and Sarajevo and through its Worldwide Relief Agency, Malteser International.

The Order of Malta’s Hungarian Relief Association also contributed to the emergency operations by sending a team to coordinate aid and launching a fund-raising campaign for the homeless.