Holy Family Hospital in Bethlehem: the 60,000th child is born 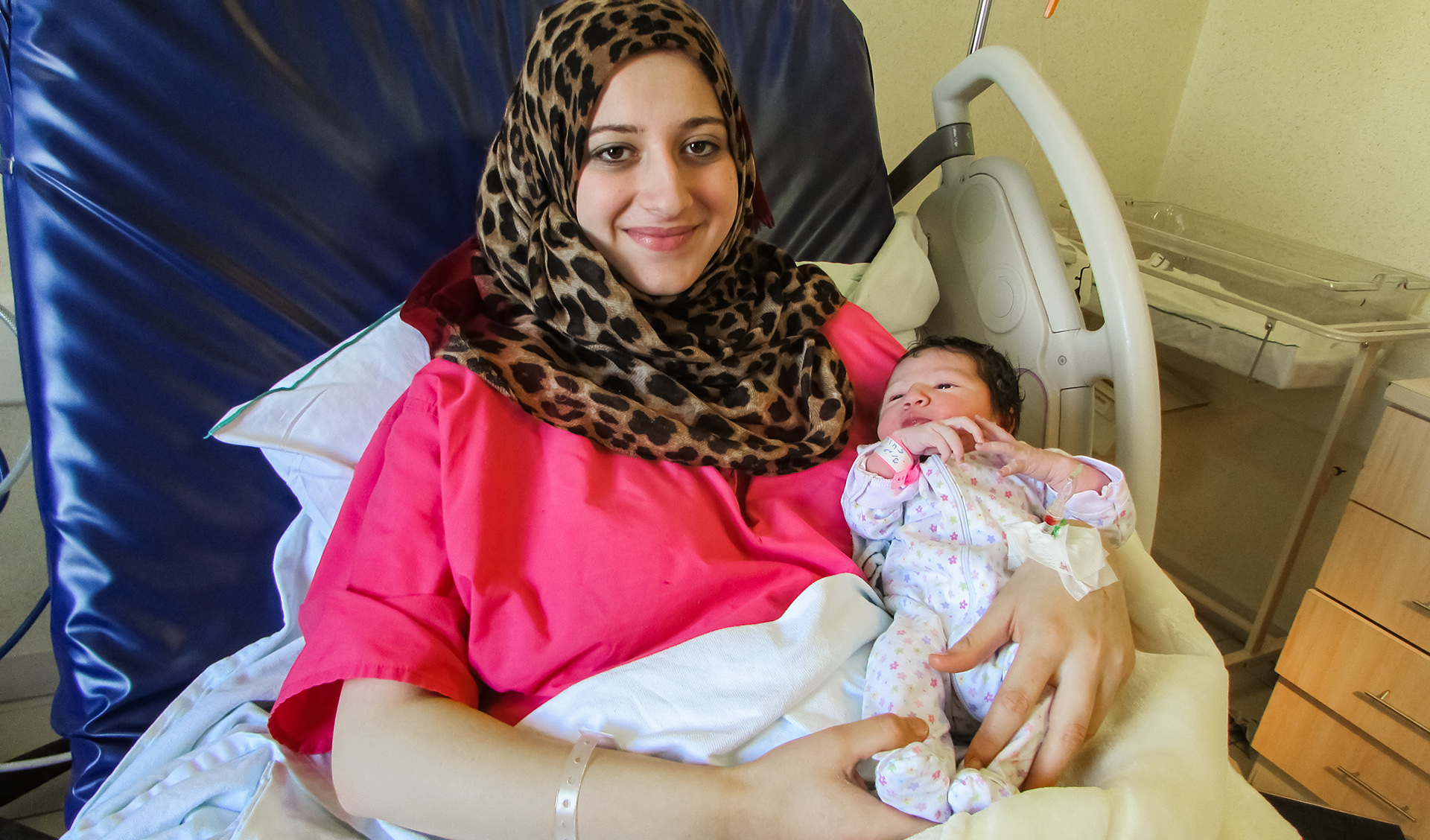 Another girl has been born in the Holy Family Hospital in Bethlehem: the 60,000th baby was delivered at 11.35 this morning. She weighs 3.460 kg and is called Mariam. Her parents come from a small village near Hebron, the ancient city in the West Bank.

“I never believed the delivery would have been so easy, especially as my husband is abroad for work and wasn’t able to participate in the birth of our first child,” said the new mother, 20-year-old Areej Muhammad Khoora. “The nurses were fantastic and did a great job in taking care of me and helping me to manage the pain. I’m so happy I chose this hospital to give birth to my daughter. The staff were all wonderful!” the young woman added, with big smiles for the doctors and nurses who had looked after her.

With little Mariam, since the beginning of the year there have now been 2,942 births in the Holy Family Hospital. With an average of 10 deliveries a day, the number of births in the Sovereign Order of Malta’s facility has grown exponentially. In 1990, the year in which the hospital was re-opened under the aegis of the Order of Malta, there were nearly a thousand births while today they amount to almost triple that figure.

The hospital – situated next to the university of Bethlehem and accepting women of every religion and provenance – has recently been renovated with the inauguration of a new unit for paediatric and neonatal treatment in addition to the already existing maternity department.