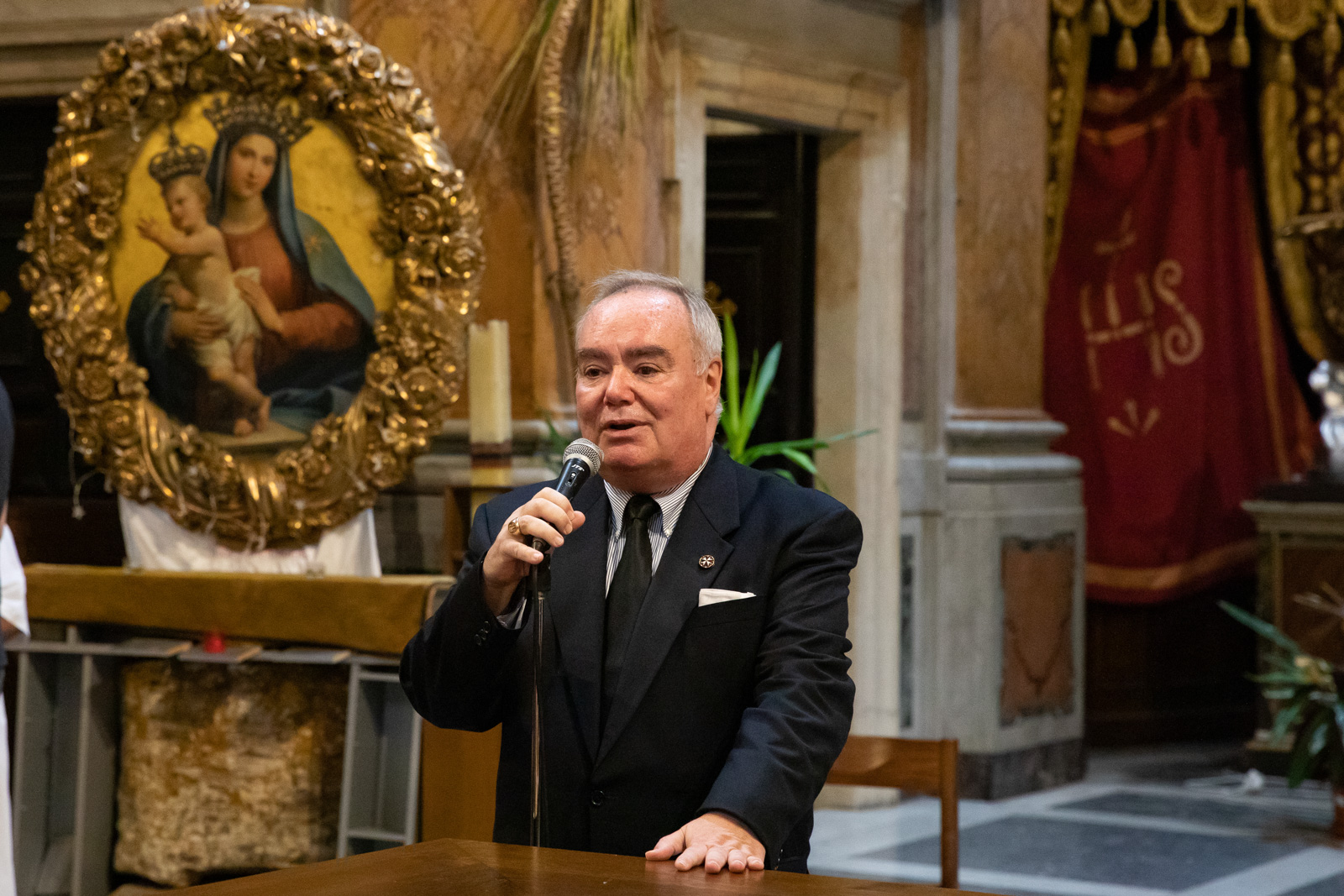 The Order of Malta will continue to meet the needs of the next millennium in service to the poor and in defense of the Catholic faith. This is, in essence, the idea expressed by the Lieutenant of the Grand Master, Fra’ John Dunlap, in the interview given to “America Magazine”, one of the oldest periodical publications in the US.

“I am a cradle Catholic from Ottawa and was always quite religious, but I went to New York and, while there, was introduced to a knight of Malta who got me involved in the Order,” Fra’ John Dunlap told Nicholas D. Sawicki. “They started me at a hospital in Harlem, and I’ve been there every week for the last 30 years: that’s where my vocation came from.” He was admitted to the Order in 1996.
Fra’ John Dunlap sees his new role as another opportunity to use his skills as an attorney to serve the Order. “This position is a different type of service than I began my time with in the Order, but it is a service to the Order [through which] I am hopefully furthering service to the sick and the poor, which is at the core of our mission.”

Fra’ John, the first North American to lead the Order, was appointed on June 13 after the sudden death of Fra’ Marco Luzzago on June 7. “I think that the Holy Father’s appointment of me as Lieutenant of the Grand Master would speed up the reform efforts, from a practical perspective”, Fra’ John said in the interview. “Rather than spending months electing a new lieutenant, we can continue these efforts and return the Order to regular work sooner.”

“The reform effort is meant to modernize the Order. We’re too few Professed members right now to cover the growth of the Order. We have to handle overlapping jurisdictions of authority. We have to amend the way we elect the Grand Master. And we have to figure out how we get better representation from areas where the Order has never been before, for example, from somewhere in Asia.” Fra’ John went on explaining: “Our Constitution needs an updating. There’s no one who really even qualifies to be grand master anymore according to the Constitution”.

“Hopefully we can get a Constitution together that everyone can agree on moving forward with and then we can go ahead and elect a new Grand Master”, he said.

The Lieutenant concluded, reaffirming that the Order’s status as a sovereign entity will be unchanged and that it will continue to represent itself and make its own decisions as an international legal personality.

In addition to guiding the reform efforts, Fra’ John Dunlap sees his duty as continuing to support and promote the charitable and religious endeavors of the Order of Malta. “For example, the work that the Order is doing in Ukraine is incredible. We have helped almost 450,000 refugees in a variety of ways”. “The help that we have received from governments and people, it has been heartwarming to see so much goodness.”

The article with the interview is available at this link:
https://www.americamagazine.org/faith/2022/07/18/order-malta-john-dunlap-243365