William Lacy Swing, Director General of the International Organization for Migration (OIM), was received today in the Magistral Palace by the Grand Chancellor of the Order of Malta, Albrecht Boeselager. One of the key elements of the meeting was the difficult situation in Libya and the prospects and efforts of IOM and the Order of Malta to normalize the situation in the country and cut back migrant smuggling.

Two weeks ago in Rome the Order of Malta hosted a meeting between institutions – including OIM – and Libyan representatives to discuss the phenomenon of migration in Libya, the departure point of 90 percent of migrants arriving on the Italian coasts.

During today’s meeting, the global compact on migration was discussed. This is a process launched by the UN for Member States to adopt a treaty by 2018 that commits them to address the migration crisis, protect the rights of refugees, support countries involved in the migrations and combat exploitation and xenophobia. “The global compact represents an extraordinary opportunity that we cannot afford to miss,” asserted Ambassador Swing.

The Grand Chancellor confirmed the Order of Malta’s commitment and already during the latest UN Assembly General on migration it had launched an appeal for managing migratory flows in full respect of human rights and for setting up shared reception and social welfare/healthcare systems.

During the meeting, much satisfaction was expressed for the extensive operative cooperation between the Order of Malta and the International Organization for Migration. Possible further areas of collaboration in migrant aid projects in various areas of the world will be discussed in new meetings. 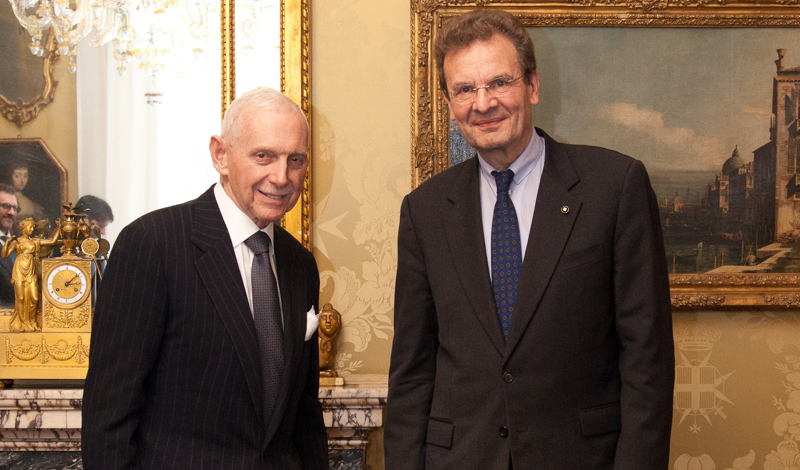