“I want to thank you a million times for all you’re doing for me and for the enormous effort you’ve put into making everything go so well! God will reward you from heaven!”. With this message, full of joy and gratitude, a young disabled person thanked the Spanish volunteers of the project “El Camino sobre ruedas” (“The Way on Wheels”), who had accompanied him and other disabled people in wheelchairs along the Camino de Santiago de Compostela.

The group of 22 people left on 26 September from the comune of Villar de Mazarife. With a pilgrimage in seven stages of 16 kilometres each, the aim was to reach the Cathedral of Santiago de Compostela, which holds the relics of the Apostle St. James, whose tomb was discovered in the early 9th century.

Accompanying the group on the last stage of the pilgrimage organized by the Order of Malta’s Spanish Association, from Monte do Gozo to Piazza dell’Obradoiro, were also the Lieutenant of the Grand Master, Fra’ John Dunlap, the Grand Commander, Fra’ Emmanuel Rousseau, The Grand Hospitaller, Fra’ Alessandro de Franciscis and Fra’ Roberto Viazzo, member of the Sovereign Council.

On Saturday evening, mass was celebrated in the monastery of St. Martin Pinario by the Auxiliary Bishop of Santiago, Don Francisco Jose Prieto. The following day, the Lieutenant of the Grand Master visited the International Pilgrim Reception Centre, where he met the team of doctors and volunteers serving in the first-aid station.

Finally, on Sunday the “Pilgrim’s Mass” was celebrated by Monsignor Julián Barrio, Archbishop of Santiago de Compostela, conventual chaplain “ad honorem” of the Spanish Association. The Lieutenant of the Grand Master Fra’ John Dunlap read invocations and offerings to the Apostle. After the mass, the archbishop met all the pilgrims, around 75, in the Cathedral cloisters.

The pilgrimage to Santiago de Compostela is particularly dear to the Order of Malta. Along the way there are hostels, hospitals and churches founded by the Order to assist pilgrims since the 11th century, when the Knights arrived in the Iberian Peninsula. The Spanish Association of the Order of Malta still manages the Cizur Menor hostel in Pamplona and the Villalcazar de Sirga hostel in Palencia, which has been renovated to accommodate pilgrims with mobility difficulties. By virtue of an agreement with the Archbishopric of Santiago de Compostela, the Order of Malta has been managing the first-aid post for 20 years in the final stage of the ‘camino’.

The Holy Year of Compostela, celebrated whenever 25 July falls on a Sunday, began in January 2021, but was extended by decision of Pope Francis to all of 2022 because of the continuation of the pandemic. The Holy Door will remain open until 31 December this year. 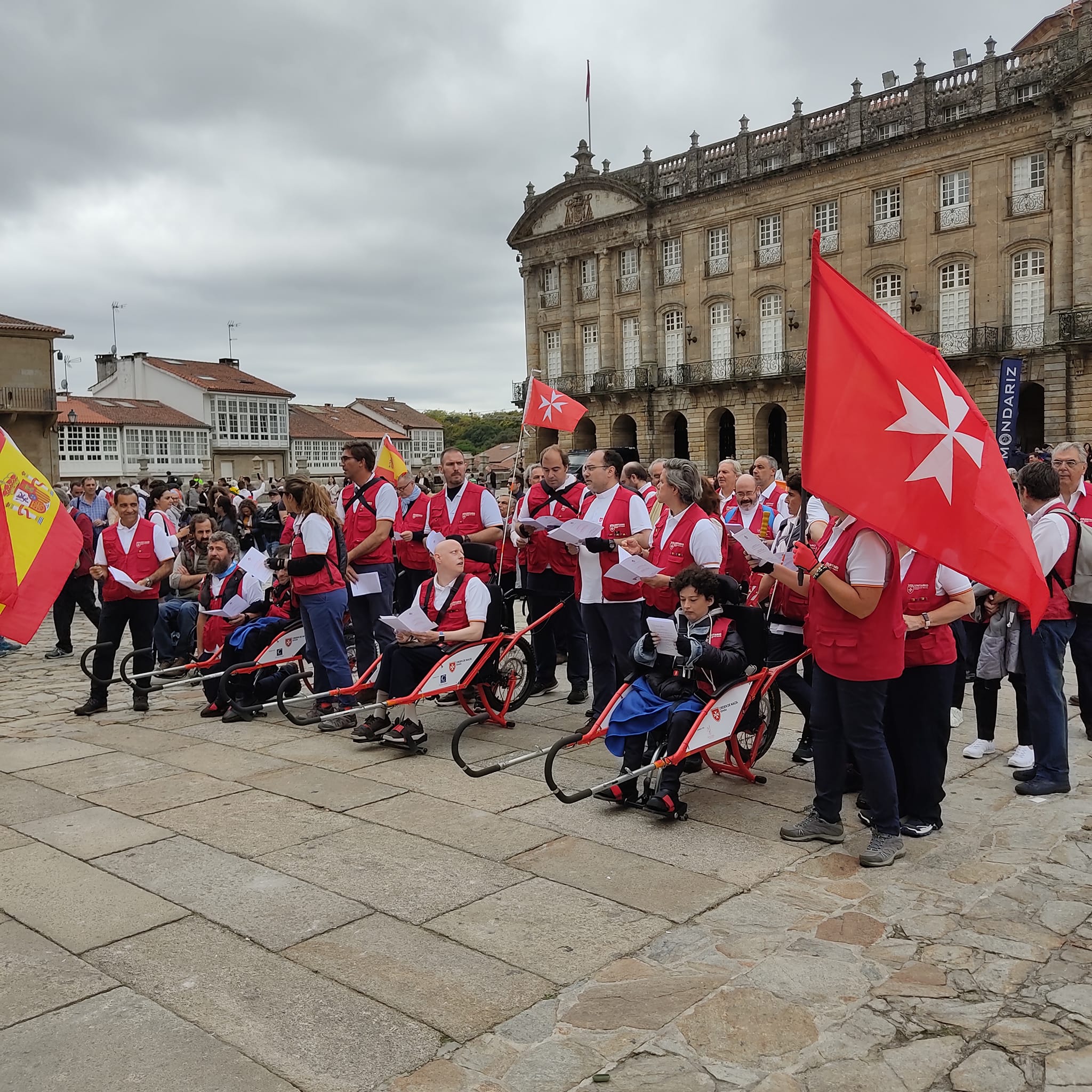 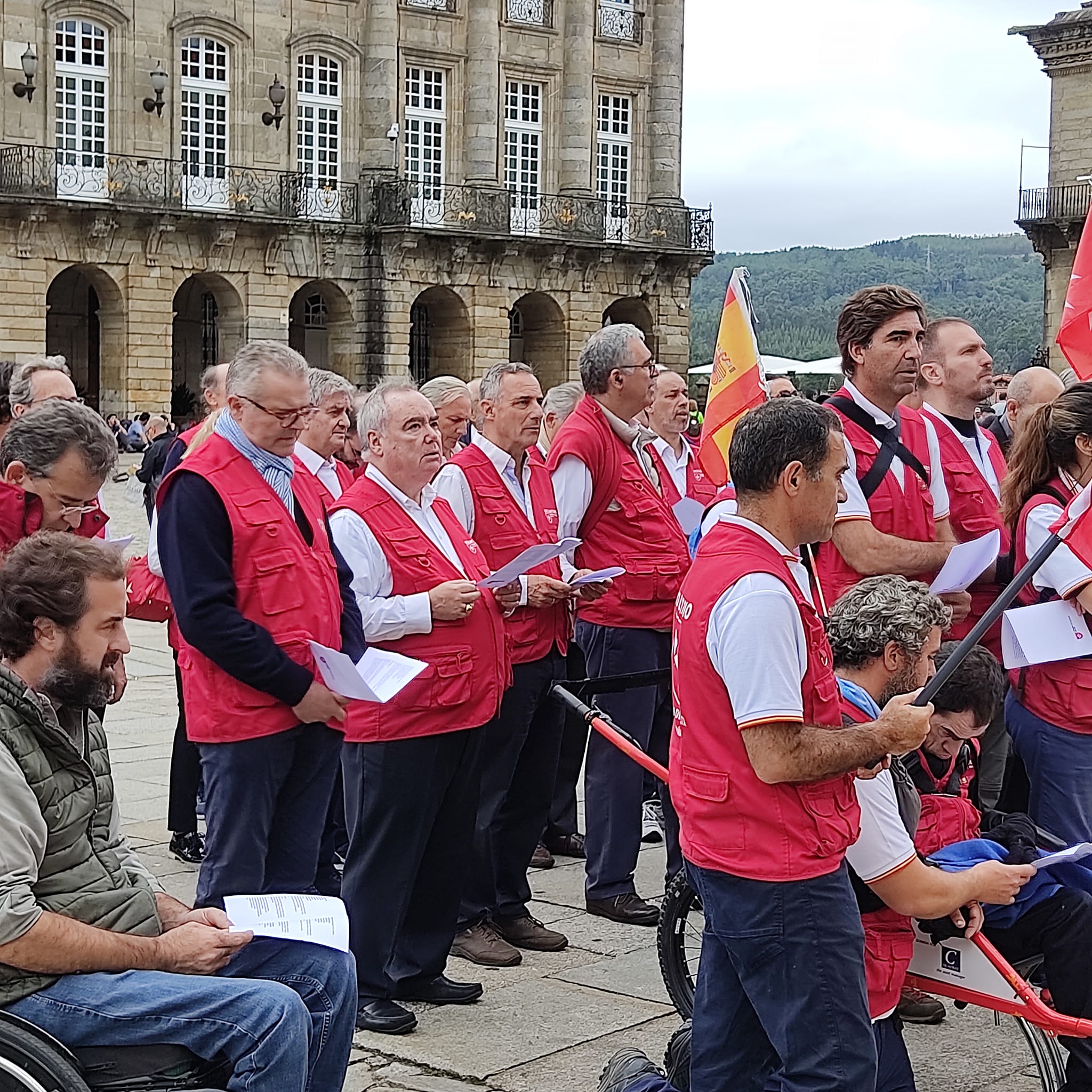 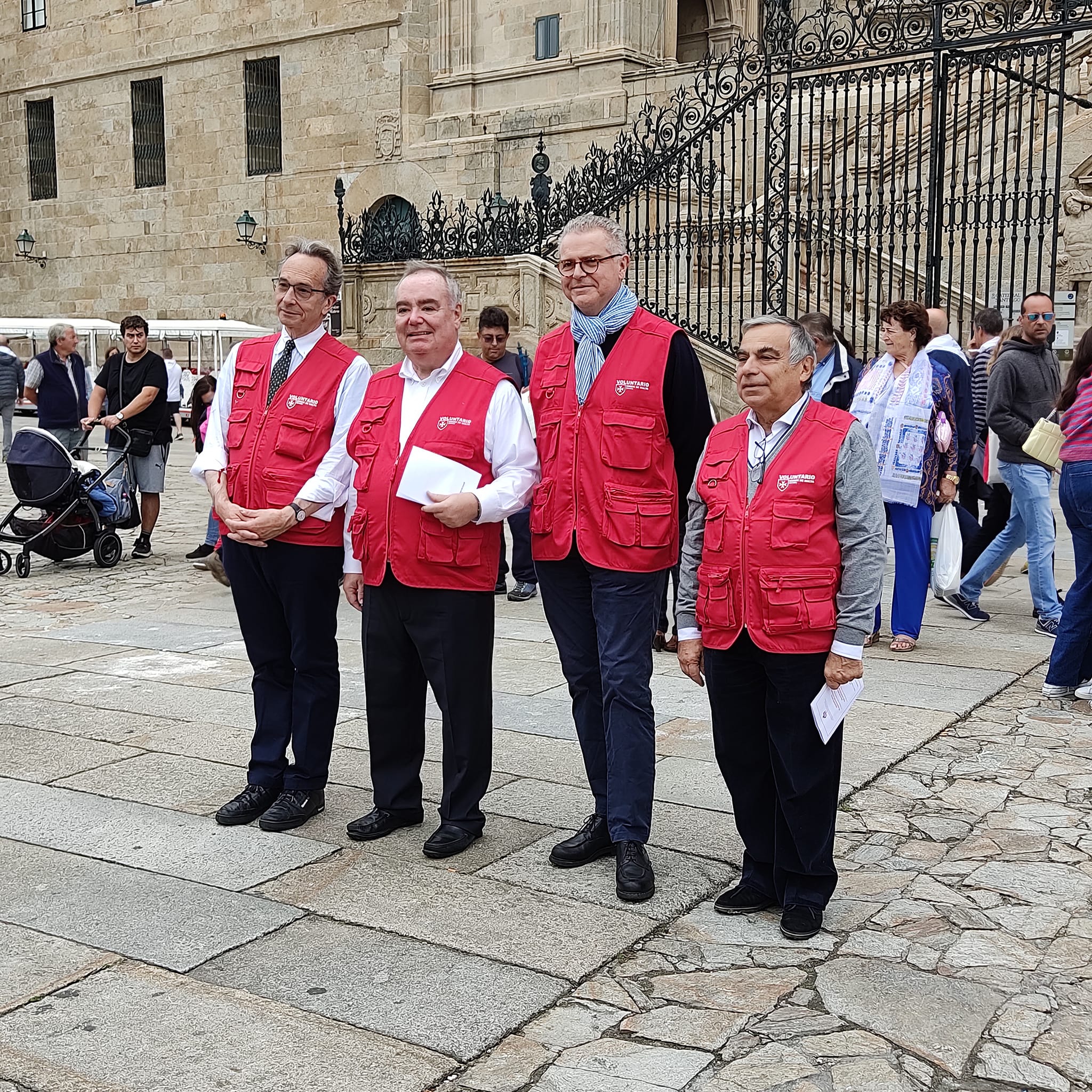 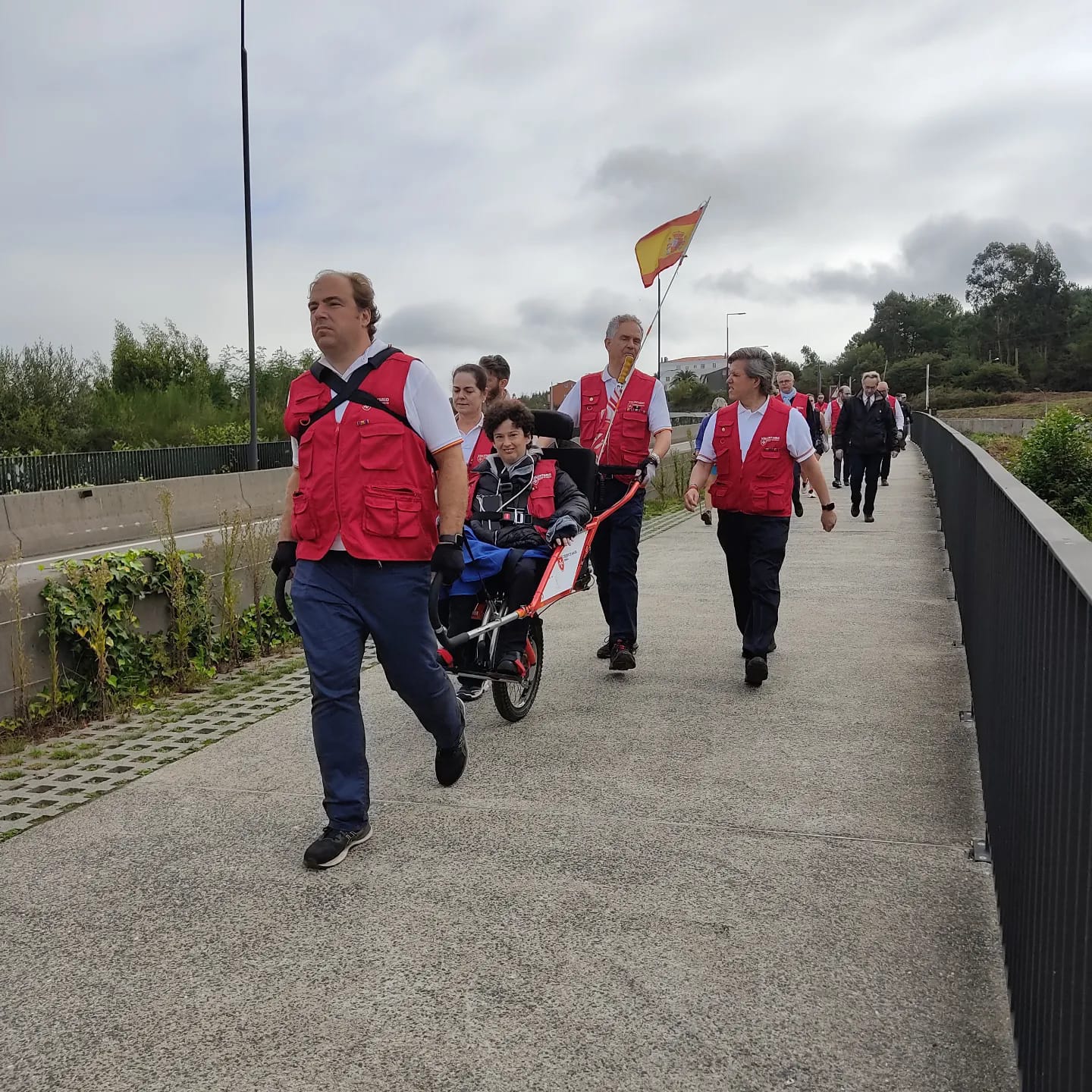