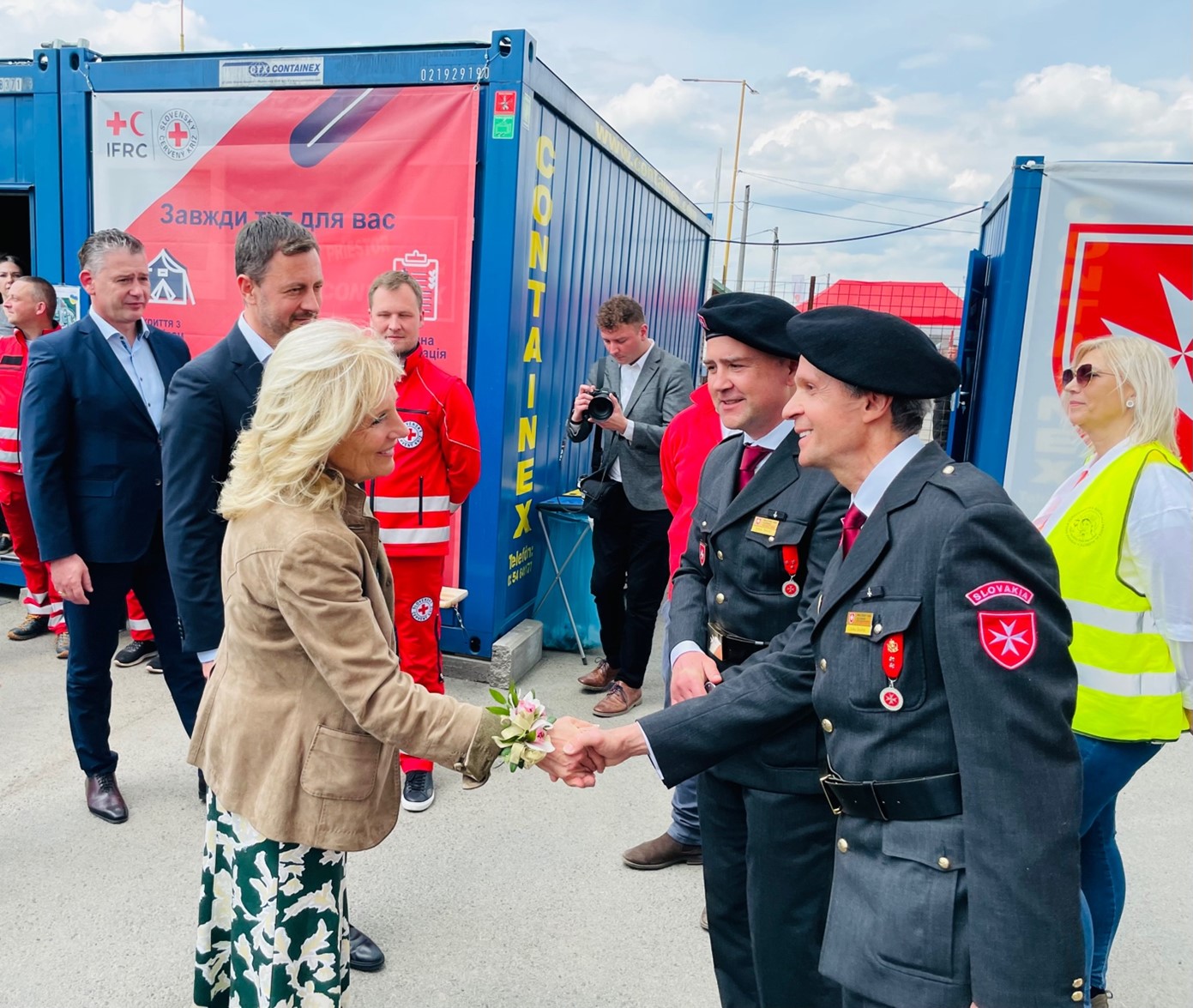 Jill Biden offered them words of thanks and encouragement

During her visit to the Slovak-Ukrainian border, the First Lady of the United States, Jill Biden – accompanied by the Prime Minister of the Slovak Republic, Eduard Heger, and the Minister of the Interior, Roman Mikulec – met with a team of volunteers from the Order of Malta currently assisting tens of thousands of Ukrainian refugees.

Jill Biden expressed words of support and encouragement for the many services offered by the Order of Malta’s volunteers in Slovakia, who have been assisting refugees since the beginning of the war in Ukraine. The First Lady was received by the President of the Order of Malta in Slovakia (Maltézska pomoc Slovensko), Julius Brichta, and the Vice-President, Tomáš Sklenár, who described the Order of Malta’s humanitarian, medical and social assistance programmes for Ukrainian refugees not only in Slovakia but also in other countries such as Poland, Hungary, Romania and in numerous Ukrainian cities.

The First Lady, together with representatives of the Slovak state, then participated in a Sunday prayer in the Order of Malta’s field chapel at the Vyšné Nemecké border station. This converted and heated tent, which houses the chapel, also serves as a waiting area for mothers and children in case of bad weather conditions.

The Order of Malta in Slovakia has been providing services at the Slovak-Ukrainian border crossing Vyšné Nemecké since the second day of the war. The services offered 24 hours a day, 7 days a week include health, social and psychological assistance to all arriving refugees. More than 200 volunteers from Slovakia and other Order of Malta relief organisations in neighbouring countries serve in 72-hour shifts and have distributed more than 60,000 drinks and 100,000 food and social assistance rations. During the first weeks of the war, the Order’s volunteers also coordinated all transport and accommodation for the thousands of refugees who arrived at this border station, where temperatures at night reached minus 20 degrees. 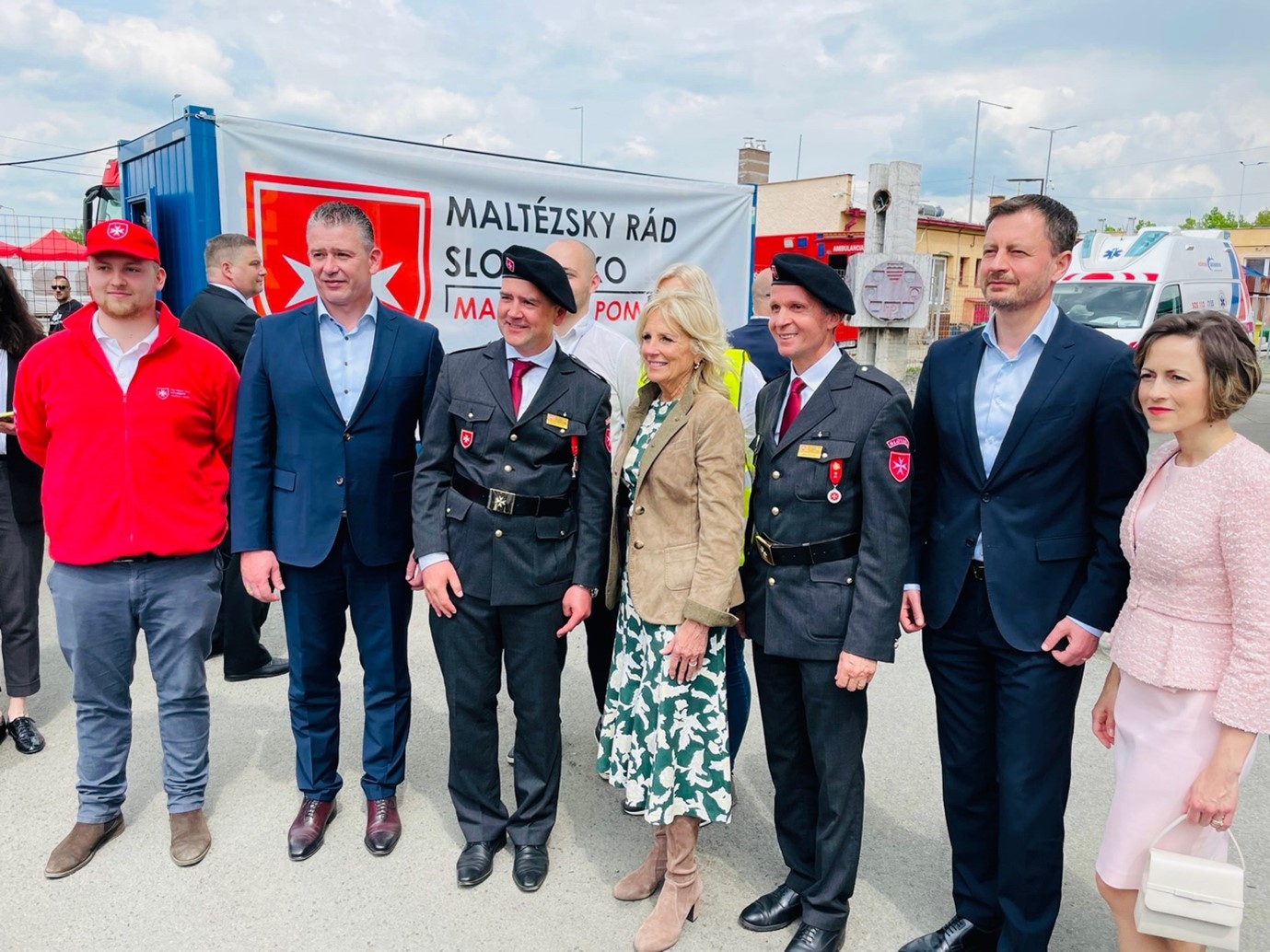 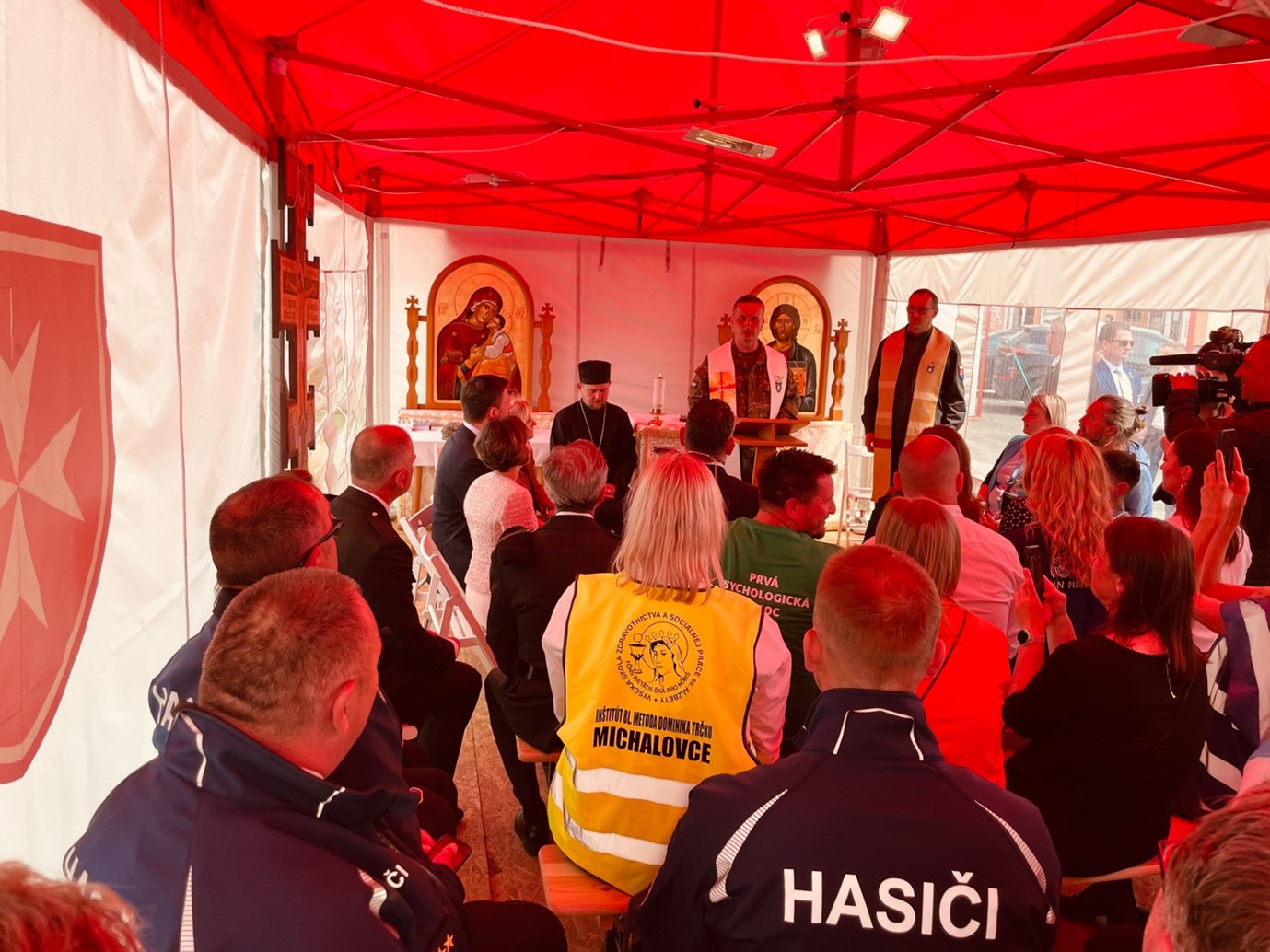