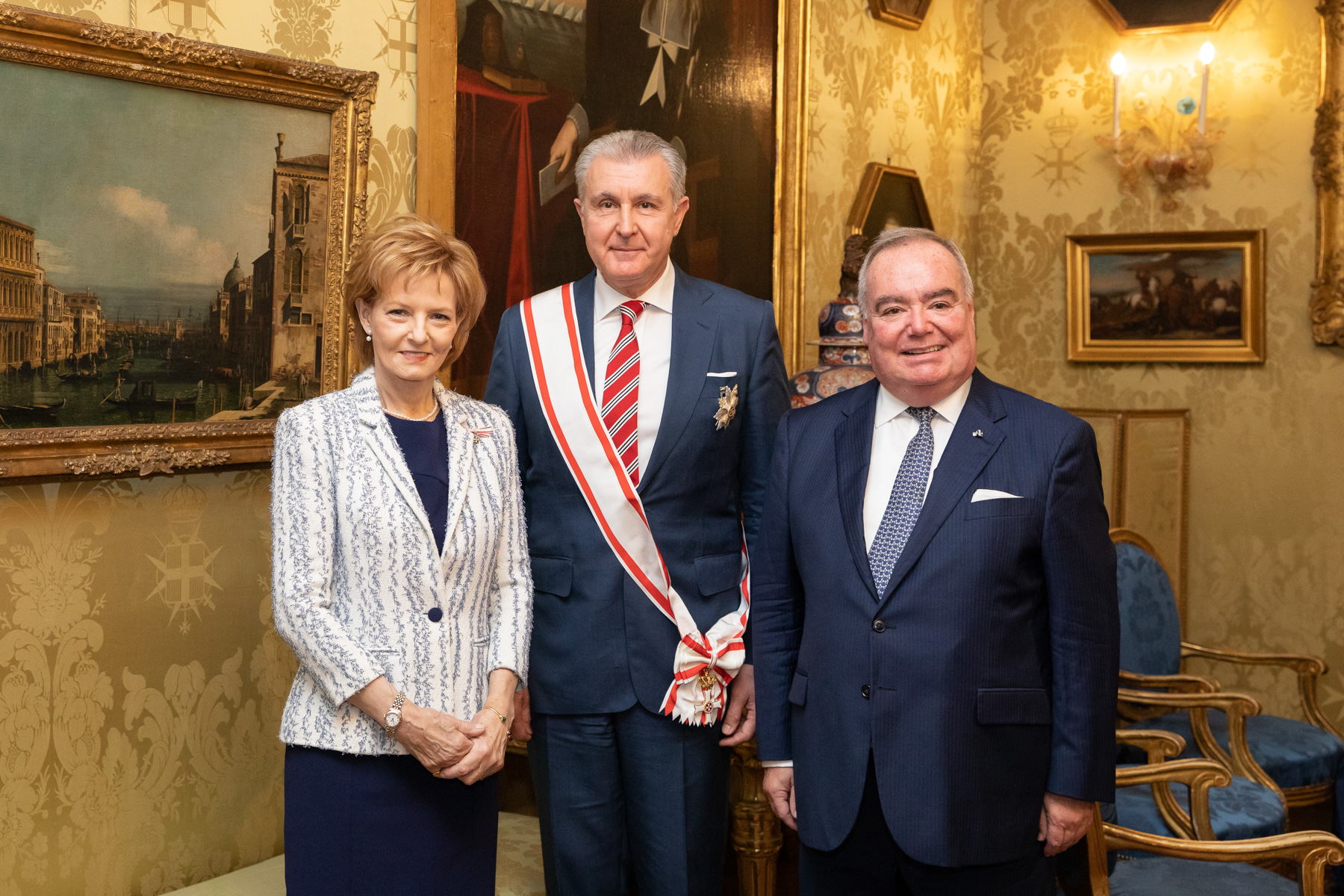 The Sovereign Order of Malta’s Lieutenant of the Grand Master, Fra’ John T. Dunlap, received the Romanian royal family, Her Highness Margareta, Custodian of the Crown of Romania, and His Highness Prince Radu, today in the Magistral Palace.

The Lieutenant recalled the close and longstanding ties with the Hohenzollern-Sigmaringen royal family, some of whom have paid particular attention to the Order of Malta: “For example, His Majesty King Carol II of Romania granted the nihil obstat to the establishment of diplomatic relations with the Order in 1932”.

Fra’ John Dunlap also stressed the “Christian values shared” with the Romanian royalty and expressed his appreciation of the “Margareta of Romania Royal Foundation”, which supports people in need, especially children, young people and the elderly. “To this end,” the Lieutenant said, “we much look forward to finding ways of collaborating in humanitarian projects in the future,” especially after the successful collaboration during the Covid-19 pandemic, facilitated by the Order of Malta’s embassy in Bucharest.

The meeting was an opportunity to confer the Grand Cross pro Merito Melitense on Prince Radu of Romania “for his social commitment in alleviating human suffering”. This is the second visit of the Romanian royal family to the Magistral Palace in Rome; during the previous visit they were received by the then Grand Master, Fra’ Matthew Festing.

The Grand Chancellor of the Order of Malta, Riccardo Paternò di Montecupo, the Receiver of the Common Treasure, Fabrizio Colonna di Paliano, Mariano Hugo Windisch-Graetz, member of the Sovereign Council, and the Prelate, Monsignor Jean Laffitte, were also present at the luncheon offered to the royals.

Diplomatic relations between the Sovereign Order of Malta and Romania were renewed in 1991. The Romanian relief corps (Serviciul de Ajutor Maltez, which has 17 offices and over 1,200 volunteers) is currently offering support and shelter to refugees on its borders with Ukraine. It has numerous permanent social programmes for helping people in difficulty, rough sleepers, the elderly and, above all, the Roma minority. 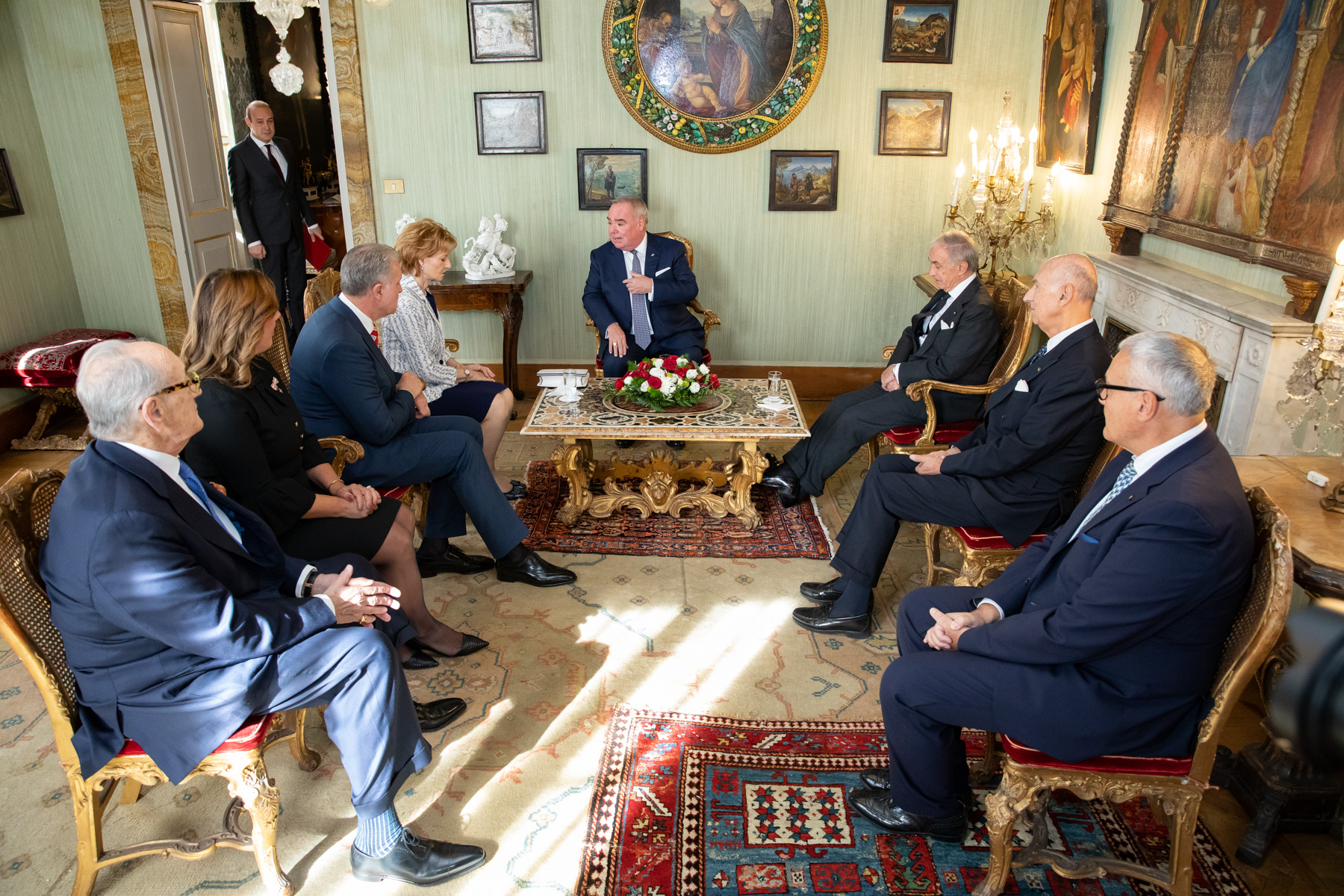 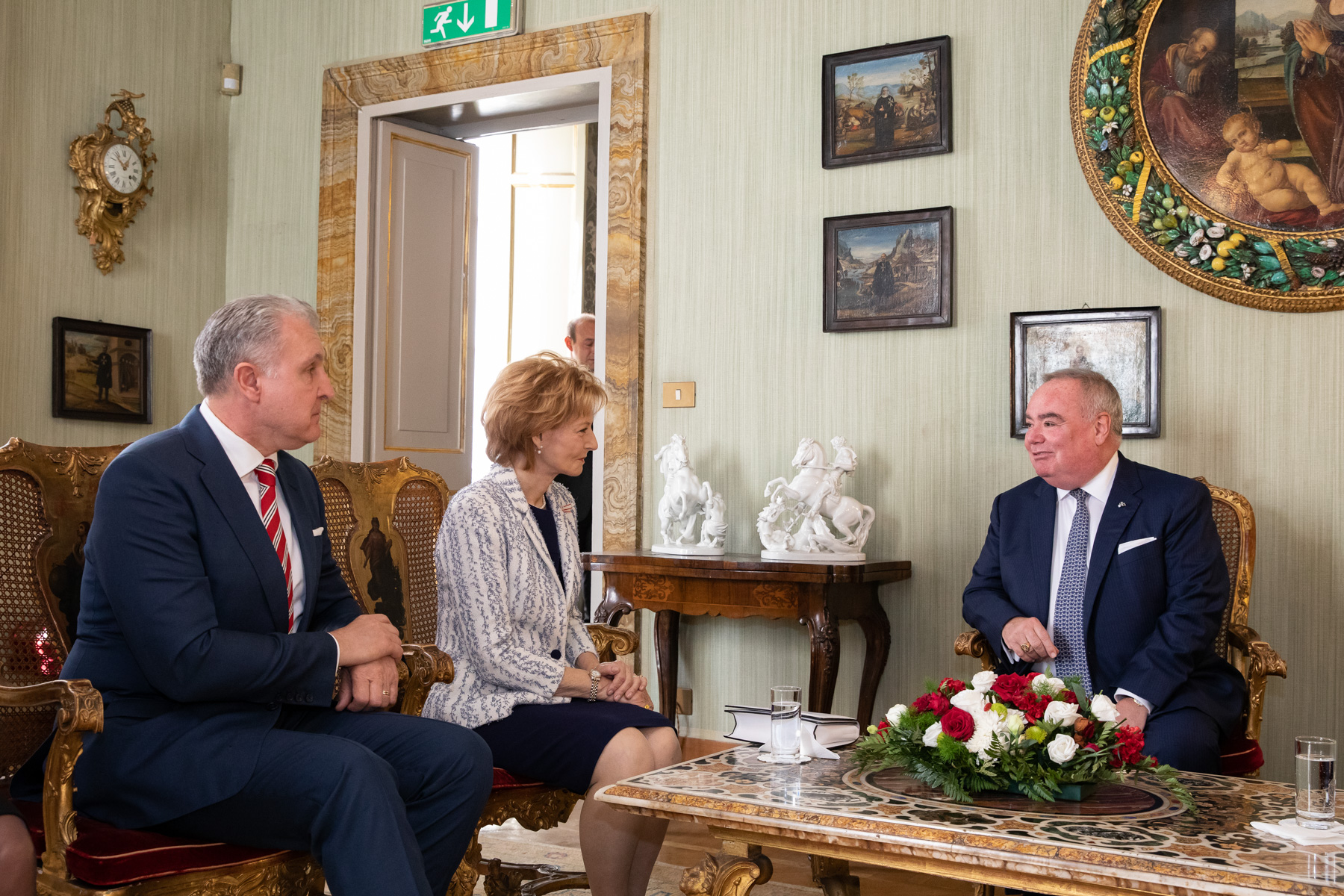 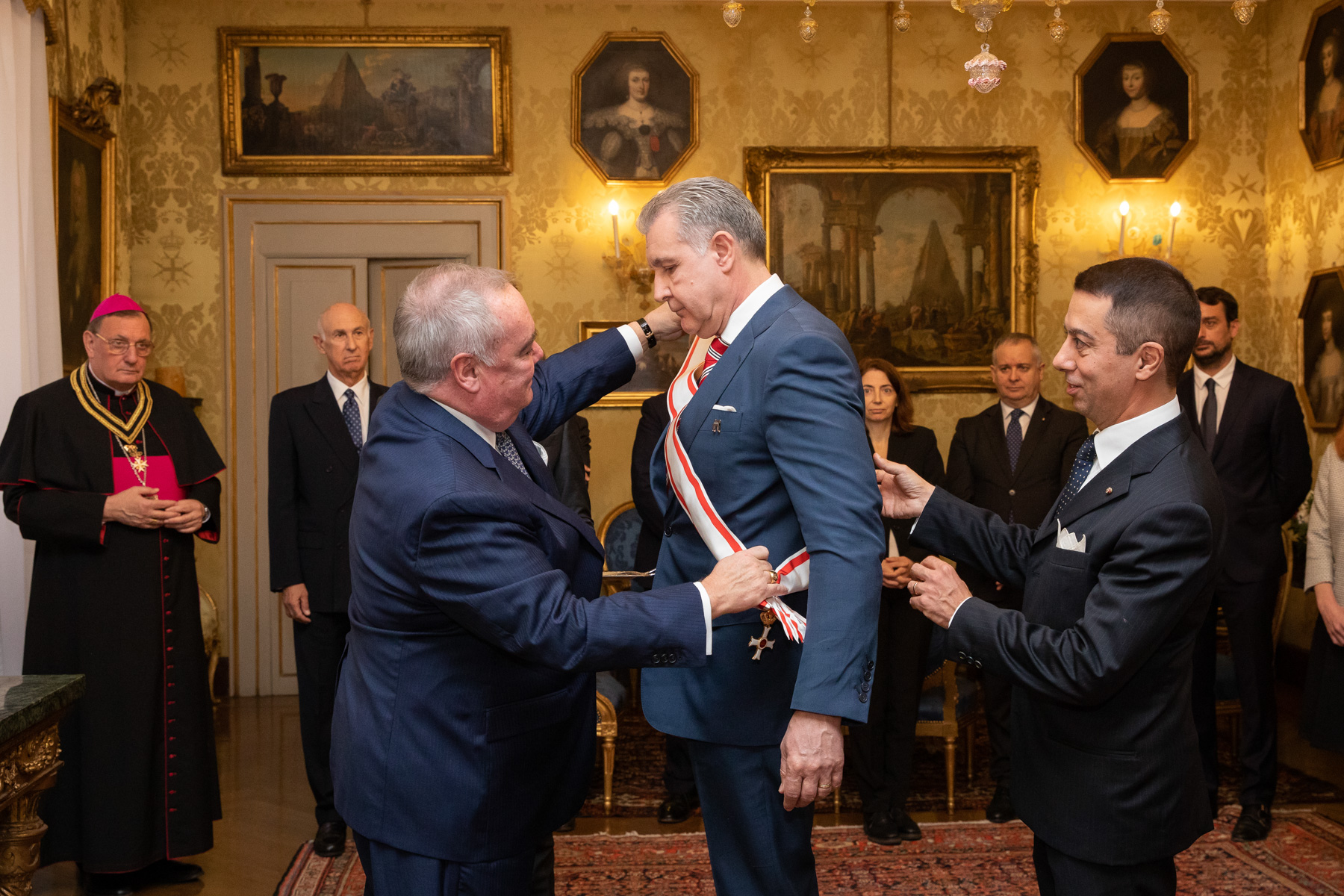 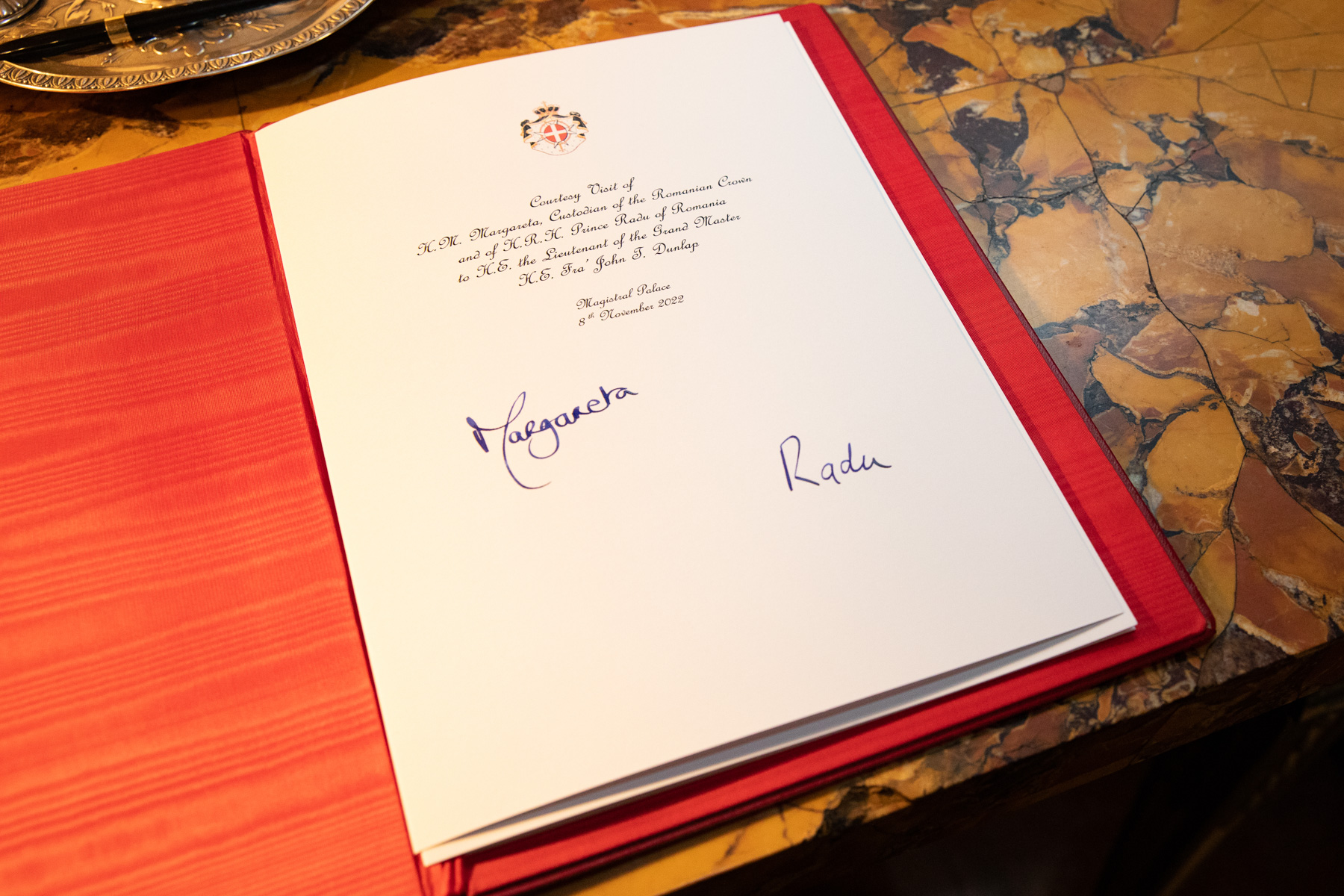 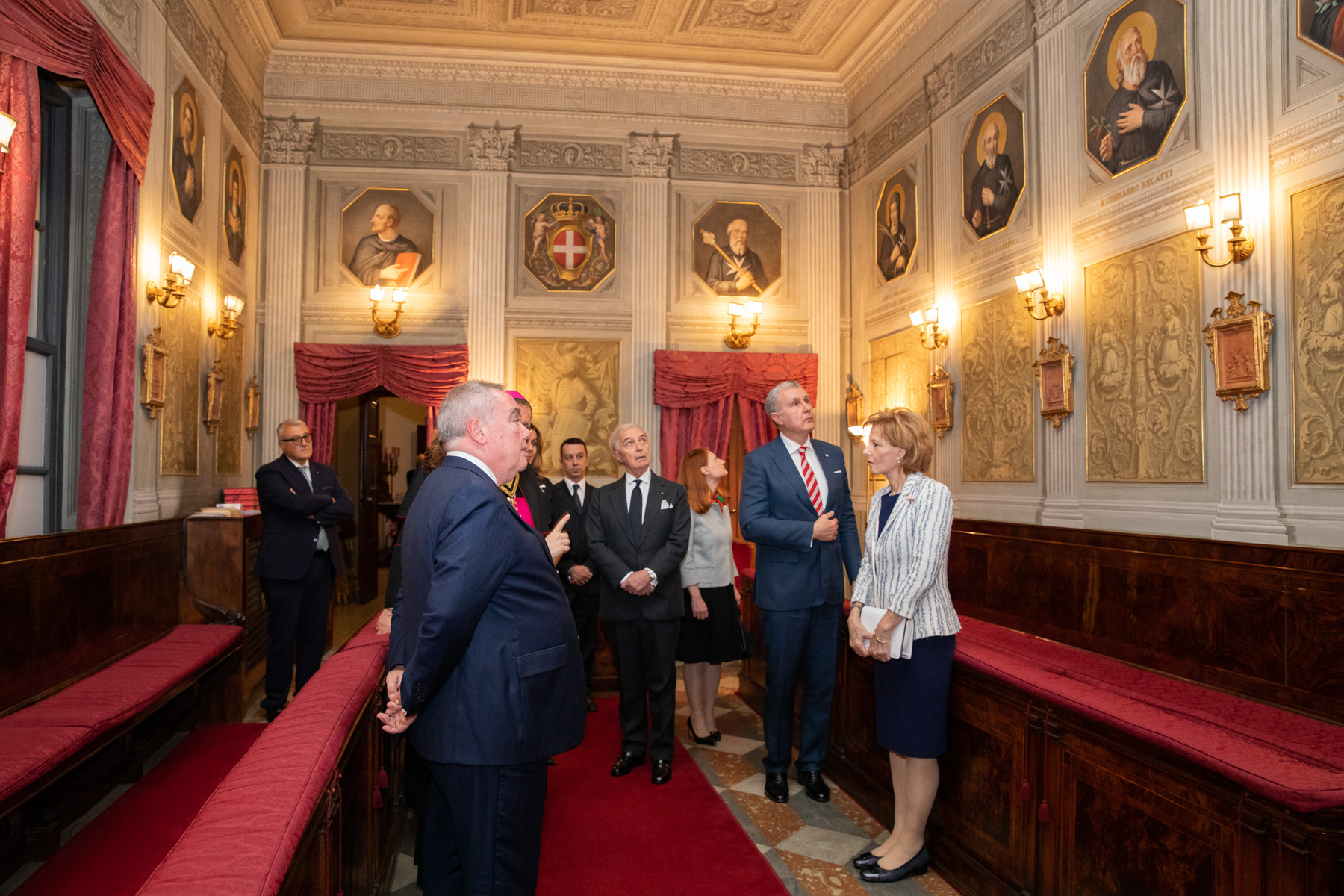